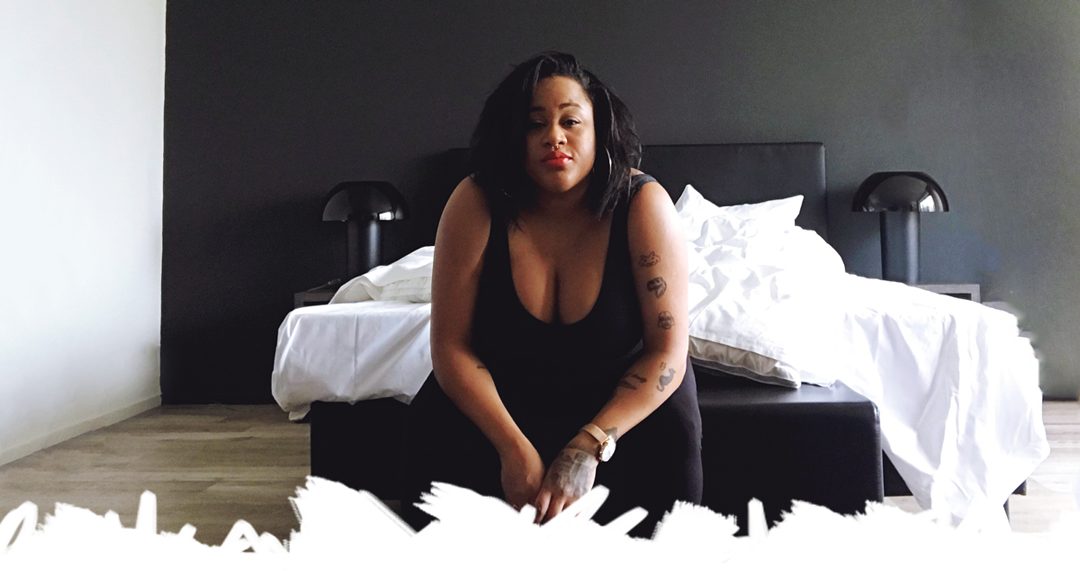 If you’ve been following my personal blog posts, you’ll know that I’ve set myself a few goals, not just for 2018, but for life. Travelling – in this case to Amsterdam on my own – is one of them.

Ok, so I admit it, although the idea of travelling to Amsterdam on my own sounded pretty epic, it also seemed like the worst idea ever. Going on my own filled me with significant anxiety; what If I got lost, kidnapped, sold as a murder victim? (Yes, this irrational fear stemmed from that film Hostel.) *Blank stares and blinks unnecessarily*.

This is the reason (and I know my reason for feeling this way is completed unfounded) that I decided to semi-tag along on the other half’s business trip. He was travelling to Eindhoven (in the Netherlands), so I thought, hey, do something on my own and meet him back at the hotel when I finish my adventure time. The chances of getting kidnapped when someone you know is in the same country are slim (in my head anyway)!

Things to do when travelling on your own

We all know what you should do is plan your trip, know where you’re going, have a portable charger, and download Google Translate. I did half of those things… but come on, I couldn’t have been that organised. The whole point of getting to know myself was to go with the flow. It’s tough to be spontaneous when you’re a mum; going out with the kids means backup food, clothes, a copious amount of water and routes pre-planned so you don’t lose any of them.

However, being somewhat organised does have benefits, you can leave earlier so you have more time to explore. I’d forgotten to pack my portable phone charger, so I chose to roughly look up Amsterdam hot-spots on the morning of travelling to my destination, whilst charging my phone.

Eventually, fully charged, pins dropped in Google Maps, I was ready to go. I’d planned to visit quirky places that didn’t look too kidnappy or dangerous. Luckily, so far, all the Dutch people I came into contact with were welcoming and friendly, and my irrational fear started to subside.

The internet is your friend

It was quite easy to find out what to do and where to go. Thank god my phone tariff now includes services in Europe because I would have been lost without Google Maps… I say lost because I would have preferred to stay lost than be lumbered with a £1000 bill because I didn’t know which tram to take.

Be prepared, learn some key phrases

My train journey from Eindhoven to Amsterdam was pretty straightforward. Buying a ticket and speaking to people was simple. Yes, I was pretty ignorant and didn’t think to learn any Dutch phrases, so my first question was “Sorry, do you speak English?”. Everyone, bar-one did, like it was an obvious thing. Most Dutch people can speak English, dumb-dumb. 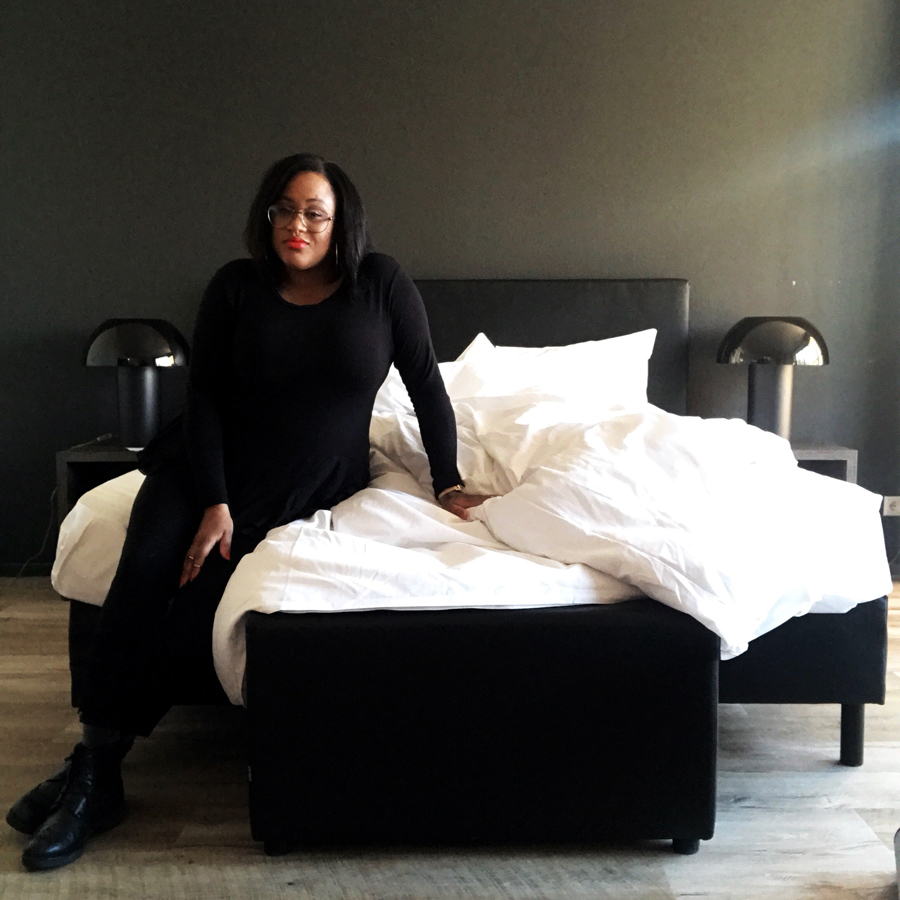 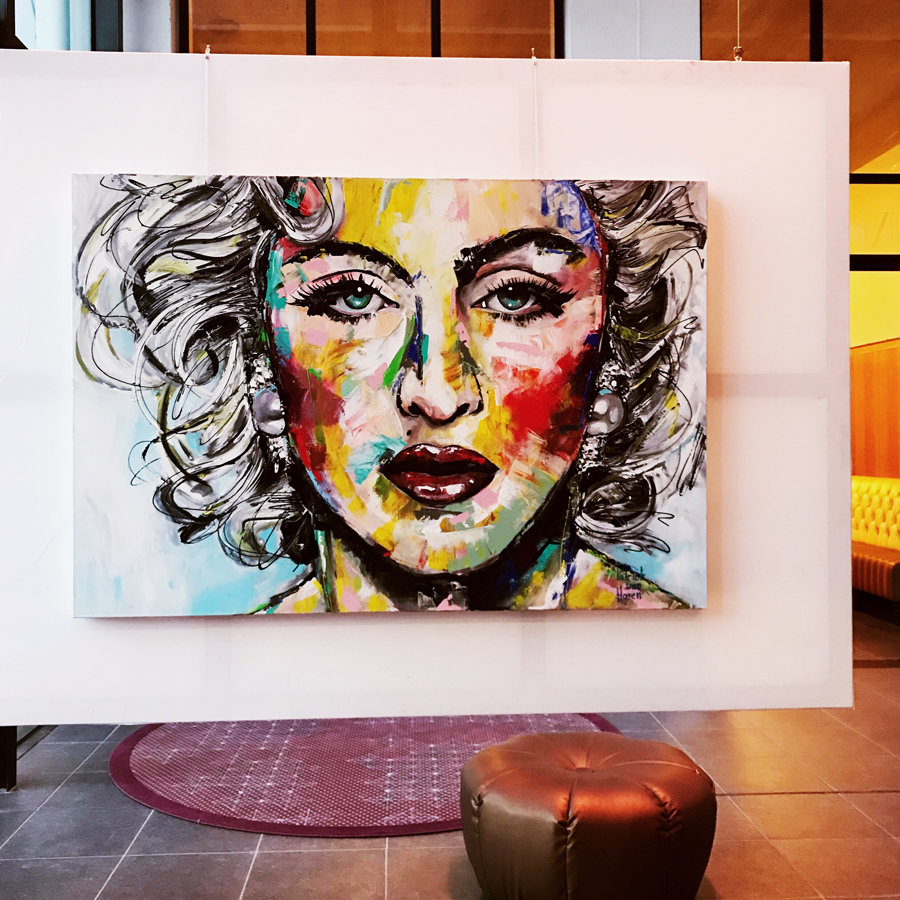 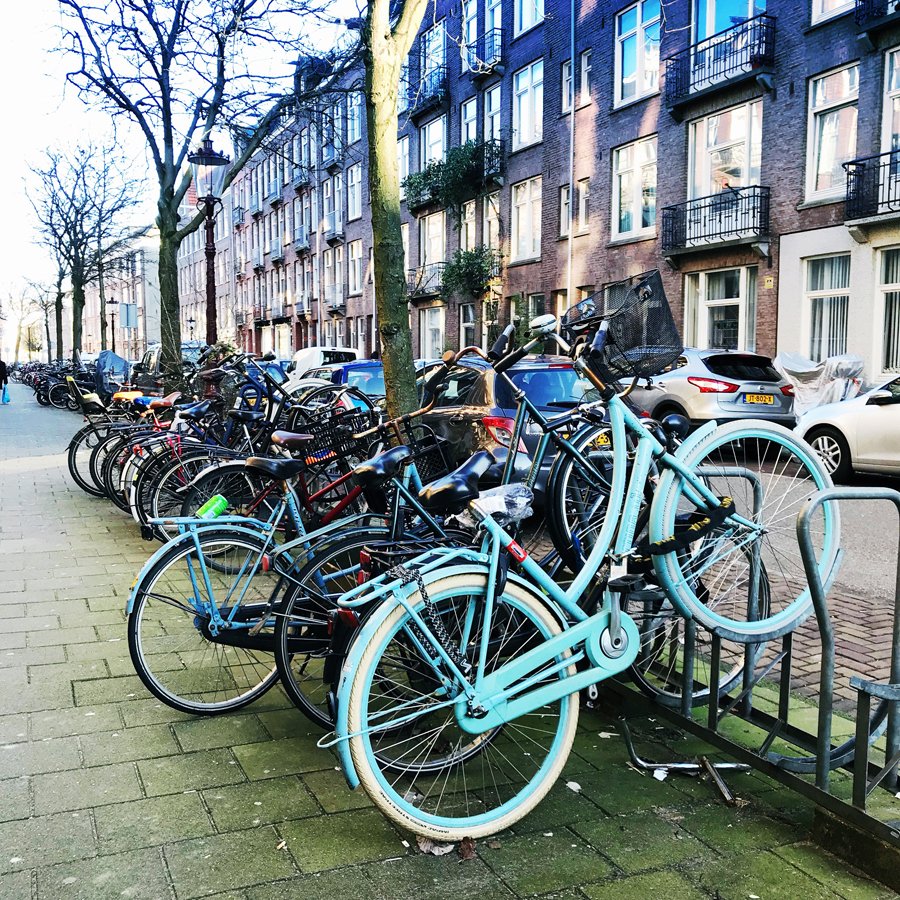 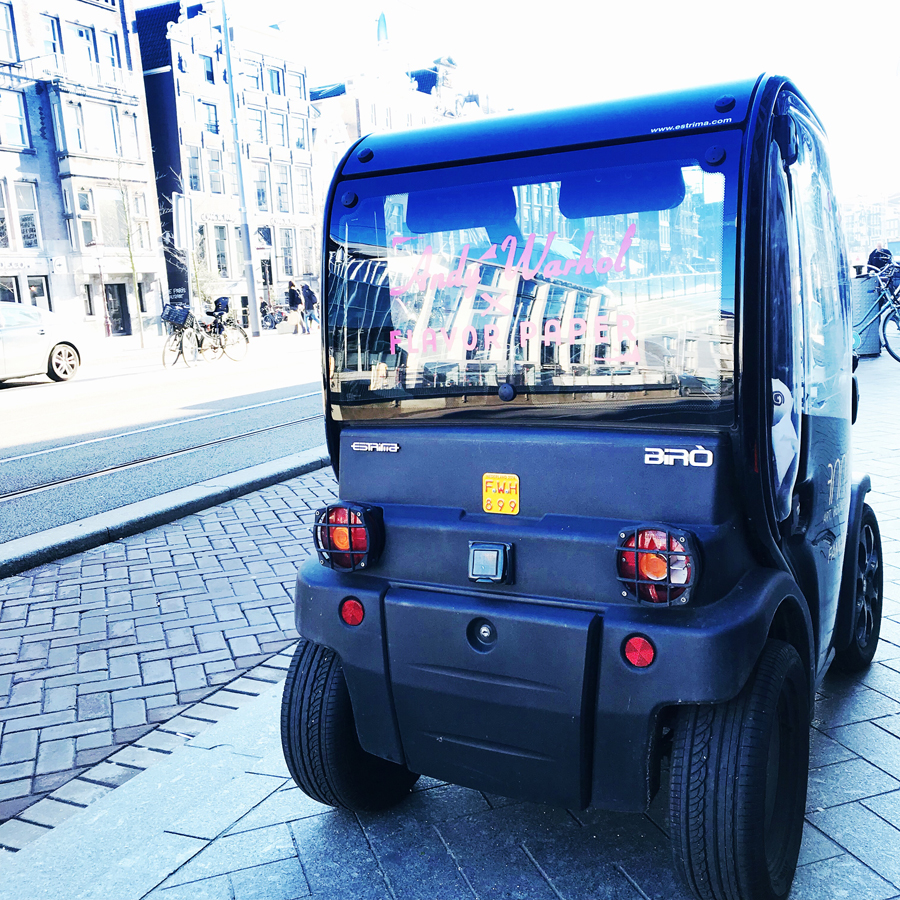 I’m not really ignorant, it’s just yet another anxiety triggering thing. Different languages and mispronouncing words is high up on that list of apprehensiveness and worry. I don’t want to sound stupid, and I don’t want to offend anyone.  Turns out, the more I spoke, the more I relaxed I became. Also, most people appreciated the fact that I tried.

The art of not giving a f**k soon settled in and that’s when I gained the confidence to download some phrases. Admittedly “Dank Je” was the only one I could remember (that means thank you), but hey, I tried, and thank you is probably my most used English phrase ever.

What did I do?

When you’re used to providing for others and being a people pleaser, thinking of yourself is kinda hard. Where do I want to go? What do I want to do? Were difficult questions to answer.

I’ve been to Amsterdam before with friends etc., so those well-known places Anne Frank’s home, Venustempel Sex Museum and the Heineken Experience were ticked off of the Bucket List before said Bucket List even existed, and Coffee shops, yeah, there are loads, but we probably just went to the first one that we saw.

I had planned to visit Amsterdam to explore and chill, so I didn’t want to be too regimental with plans or specifics. That said, I did jot down a few spots earlier on in the day, just enough to stop me freaking out. Plans help anxiety but prohibit how spontaneous you can actually be. Stupid right?

First on the list, was a Coffee Shop called Green House. Essentially, Amsterdam Coffee Shops can be seen as the same thing. They sell the same stuff and what’s the point of travelling 30 minutes from the centre – so why this particular one?

Well, Green House was super chilled and not intimidating at all. Realistically, I didn’t know what I was doing, but this place had some fab reviews and exciting descriptions. Not only have a multitude of celebs visited, but they also had receipts; pics of Rihanna, Cyprus Hill, Bon Jovi and more, posing in their establishment. This seemed to be the best hang out if you have celeb status.

If you plan to visit a Coffee Shop next time you’re in Amsterdam, realise that most, if not all, have a no photo rule. Don’t get gassed and rock up expecting to take hundreds of pics for the Gram. Sit your over-enthusiastic, square-photo-taking, ass, down. Just chill and enjoy your time. *Disclaimer, I did take a couple of pics, but I was quiet and didn’t get anyone else in shot.

Next place to visit was Mama Kelly, a new fancy restaurant located a short distance away from the centre of Amsterdam. There was building work going on around the area, so I got a little lost, making several wrong turns I nearly reduced myself to tears, but I found it!

This Insta-worthy gem had the most beautiful pink interior. My waitress didn’t even stutter when I asked for a table for one, she seated me straight away and offered the drinks menu. The cocktails, food and wine were fantastic! Think fancy, think special occasion with the girls, or a romantic evening with your bae. 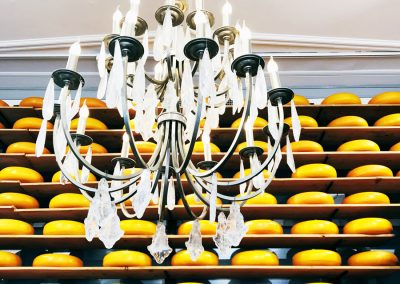 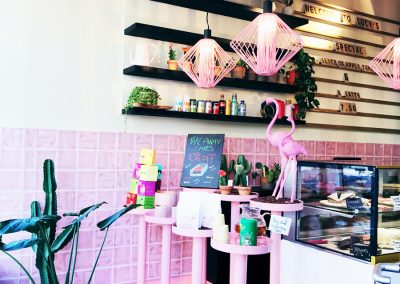 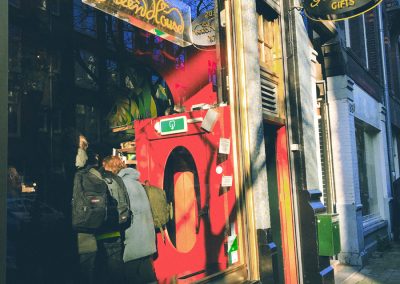 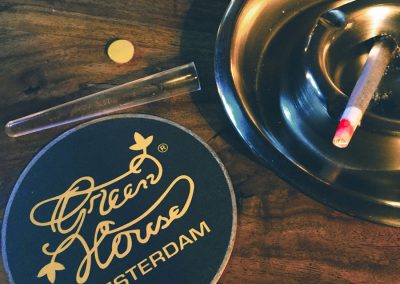 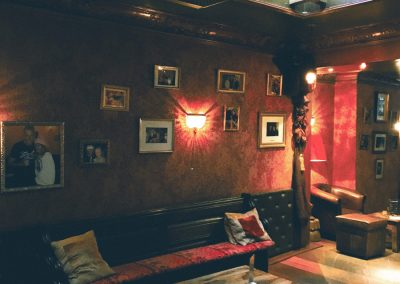 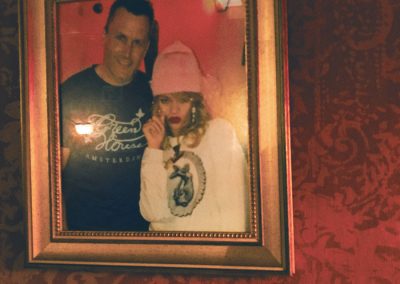 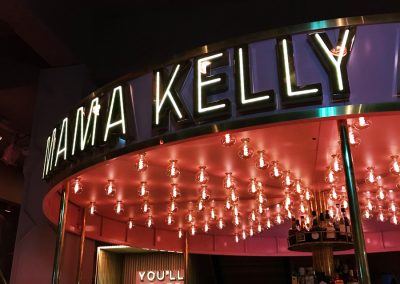 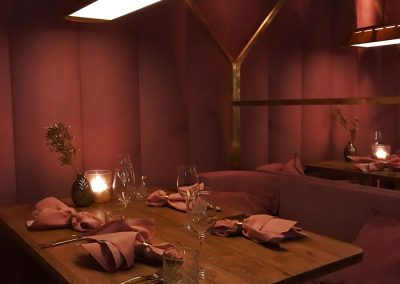 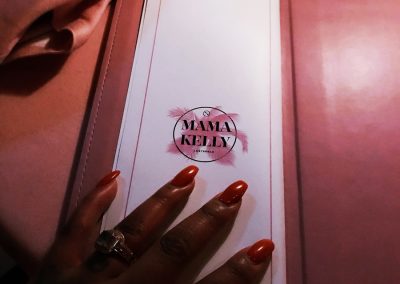 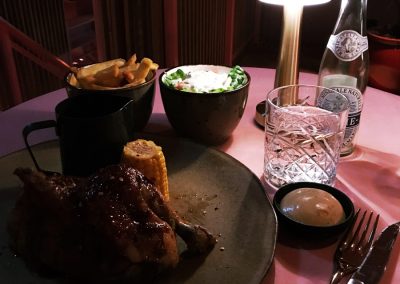 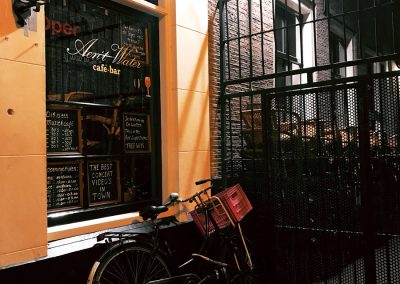 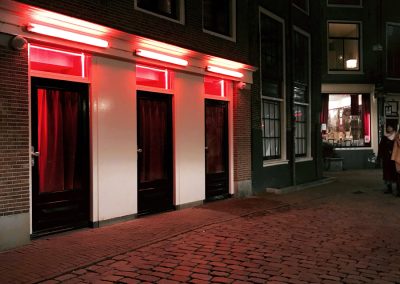 It was getting late, but I couldn’t remember if I’d ever visited the Red Light District before, so I thought since I was heading back to that area I may as well make the most of my trip.

I wanted to visit Oude Kerk, Amsterdam’s oldest building, and church. Again, Insta-fiends, they have a no picture policy so put your damned phones and cameras away. It was so beautiful and so peaceful, definitely a sight that will help you wind down for the day. A service was being held so I had to be extra quiet and just soak up the atmosphere. It wasn’t like being behind the scenes of a Songs Of Praise episode, it was calming and somewhat enchanting. Imagine Harry Potter and friends going to a place of worship.

Step outside, and at that time of night, there were red-lit windows with ladies offering their services. I shouldn’t have to say this, but there’s always one. No pictures ok, they’re not there for your entertainment, unless that is if you are paying. Don’t be rude, don’t stand and ogle, they’re working. I’m going to add that they can contact the police at any time and get you arrested so be nice.

A group of middle-aged English men seemed to be irritating one of the ladies. I assume they were a bit overenthusiastic about getting out of the house and being on a boys trip – laughing and pointing to the point where she threatened to call the police.  Cringe. I don’t understand why people can’t behave when they’re abroad.

Amsterdam is a chilled and friendly place. Their transport system is easy to use and even though areas are not English named (obviously), everything is signposted, clear and easy to read. Trams, buses, and trains have boards which state current and next stops – UK, please take note. I think I’ve had more problems navigating around Surrey and Essex in my lifetime.

Did I have a good time? I did! I never doubted that I’d enjoy a bit of ‘me-time’, I was just apprehensive. I’m glad I did it, even if I semi-travelled solo. We can say this was a practice run.

I’m looking forward to my next trip, if you have any recommendations, let me know in the comment box below. Your suggestions are always appreciated, and welcome x 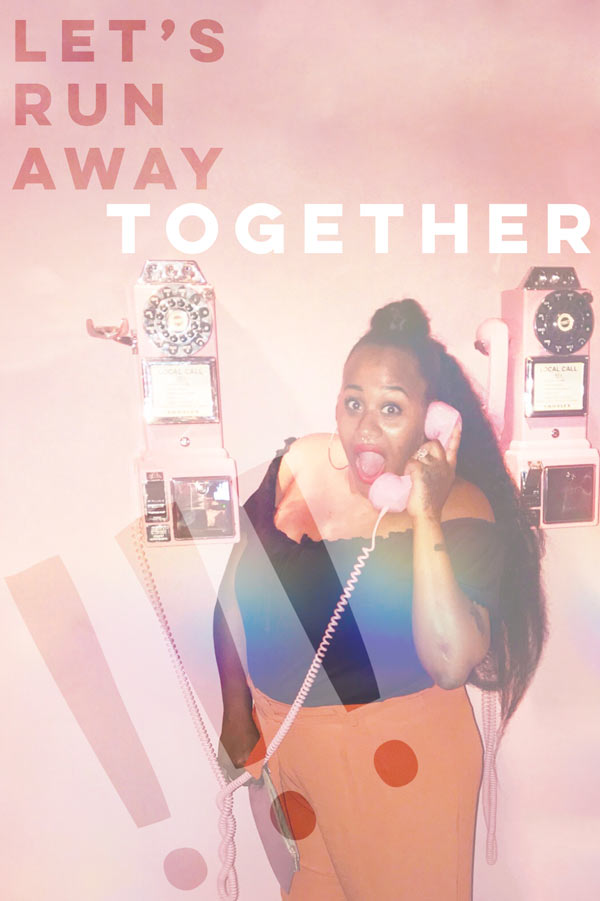 Both visually and mentally innovative, Sareta has been described as an influential creative who works hard to achieve quick-witted, original, yet quirky content.

That now extends to Sareta’s shop…