Tommy’s Splashathon and why I’m proud to be supporting 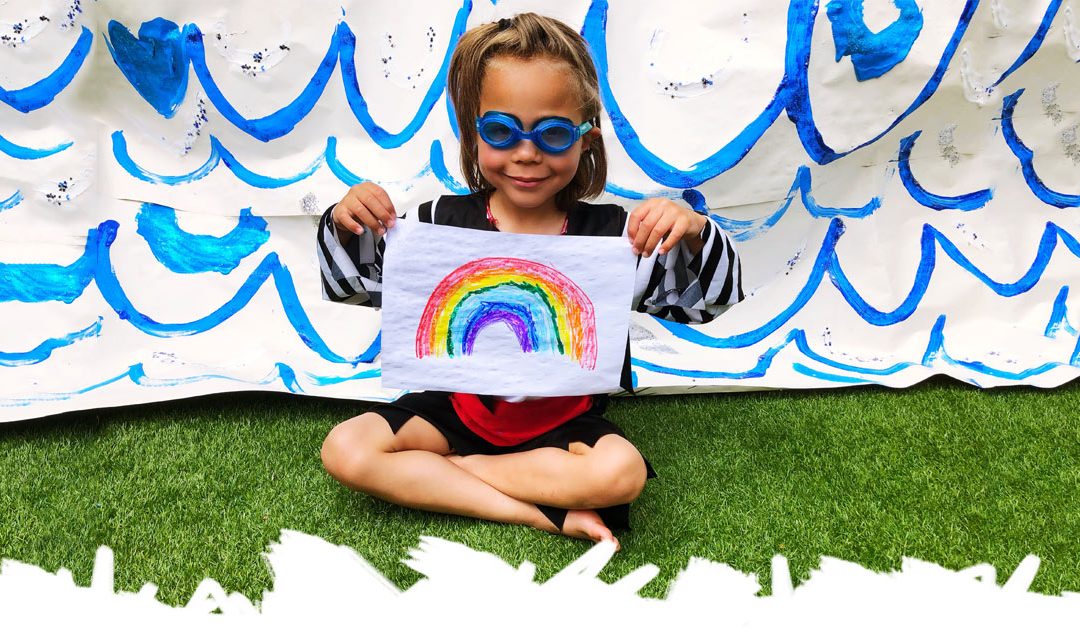 Tommy’s is the largest charity that raises funds for research into the causes of miscarriage, stillbirth and premature birth. They also provide information for parents-to-be to help them have a healthy pregnancy and baby, I’m totally on board with this.

This charity in particular holds a special place in my heart. I’m fortunate enough to have three beautiful and healthy children of my own. However, I have been affected by the issues that Tommy’s raise.

My first pregnancy was the most complicated. I was induced and ended up having an emergency c-section due to contracting preeclampsia, and although having your baby cures this, we were not quite out of the woods. Our baby contracted Group B streptococcus (strep), a bacterium which can occasionally cause infection, most commonly during pregnancy and before labour. Dylan caught Group B strep when my waters were broken, and he was born with breathing difficulties because of this. He spent his first two weeks in intensive care as doctors and nurses did their best to help him fight the illness. Every time we visited the hospital, my heart would hurt. Each day I’d hold my breath until the doctor told us that he was doing that little bit better than the day before. Thankfully, Dylan pulled through. Because of charities like Tommy’s, more people are aware of these types of complications, and more research is being done to avoid premature births, stillbirths and late miscarriages due to GBS. 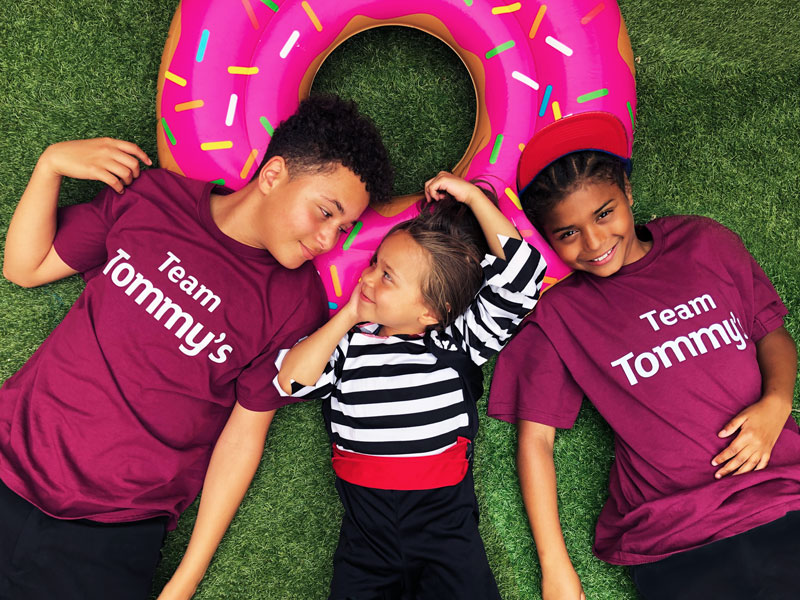 Pregnancy number two was labelled ‘high risk’ by the doctors because of pregnancy number one. Due to the information learnt about how GBS is passed on to newborns, we knew that we had to act fast if my waters broke naturally. We were told to come into hospital if this occurred and that I’d be given antibiotics to prevent the baby from contracting the illness. Despite all of the worry, Zachary was delivered just fine: happy and healthy with no signs of GBS. Coincidentally, we were placed in a room with a friend who was also expecting, although she wasn’t due to give birth any time soon. Unfortunately for her, her baby was in distress, and their story didn’t end so well. Our blessing was with us, but sadly, that was not the case for her. While we celebrate our son’s birthday year-after-year, I’m always reminded about the loss and sadness felt at that time.

Roughly two years later, we got pregnant for the third time. The emotions that come with falling pregnant are so overwhelming, especially if you’ve planned it. You’ve eaten the right foods, you’ve calculated and recorded those fertile windows, and those blue lines were everything; they were your reward! We were pregnant, and everything was falling into place. Our family would be complete; however, after a few weeks, heavy bleeding and cramps made us think otherwise. We had to wait a couple of days for a scan, and waiting for that ultrasound was the worst feeling in the world. Previously, I’d complained about not being able to go for a wee. You see, you’re asked to keep your bladder full, so the sonographer can get a clear picture of your baby. I would have done anything to swap the feeling; needing a wee seemed so insignificant at the time.

We were sat in the same waiting room with pregnant ladies complaining about the size of their bumps, feeling fat and uncomfortable. When pregnant with Dylan and Zach, I’d never thought about why other couples were in that waiting room. The assumption was that everyone there must be happy, they’re pregnant, their baby was healthy. Oh, how it feels to be on the other side! I wouldn’t wish it upon anyone. The confirmation that our baby was no longer with us was heartbreaking. Even though it was during the first trimester; the time where people tell you that the chances of miscarriage are high, we still didn’t expect it.  We were sent on our way and expected to deal with it. No real emotional aftercare and we had to have those awkward conversations with the few we had already shared our news with.

A year on and we were blessed with pregnancy number four, and our rainbow baby, Ziggy, was born. He’s the happiest and most charismatic person I’ve ever met. It’s almost like he was sent to grace us with his presence, by making up for all the hurt.

We know many others are not so fortunate. The pain of losing a child cannot be compared to any other pain, and those who have multiple miscarriages and pregnancy issues need our help.

Many women – one in four to be precise – lose a baby during pregnancy and birth. Tommy’s believe that is an unacceptable figure and, through fundraising, hope to decrease that number by raising money for research and information for parents-to-be.

This year, Tommy’s is partnering with Water Babies and is partnering with Peppa Pig to hopefully raise one million pounds. Splashathon will be taking place in Water Babies swimming classes nationwide throughout this summer. This is the first time that Water Babies have set a challenge for little ones. Children have been encouraged to swim one width as pirates and princesses within their specially themed Peppa Pig classes.

You can help Tommy’s reach their one million pound target by taking part if you’re already signed up- but don’t worry, it’s not to too late to sign up for this year! Answer the Water babies quiz to let them know how your little princess or pirate fairs in ‘high waters!’

If you’re not currently a Water Babies member, you can support the campaign by donating or spreading the word.

Make a splash and donate some cash!

Proceeds may go towards funding a brand new Tommy’s research centre – the National Centre for Improving Maternity Care. Let’s work together to make it happen.

*This is a sponsored post, and of course, all thoughts and opinions are my own* 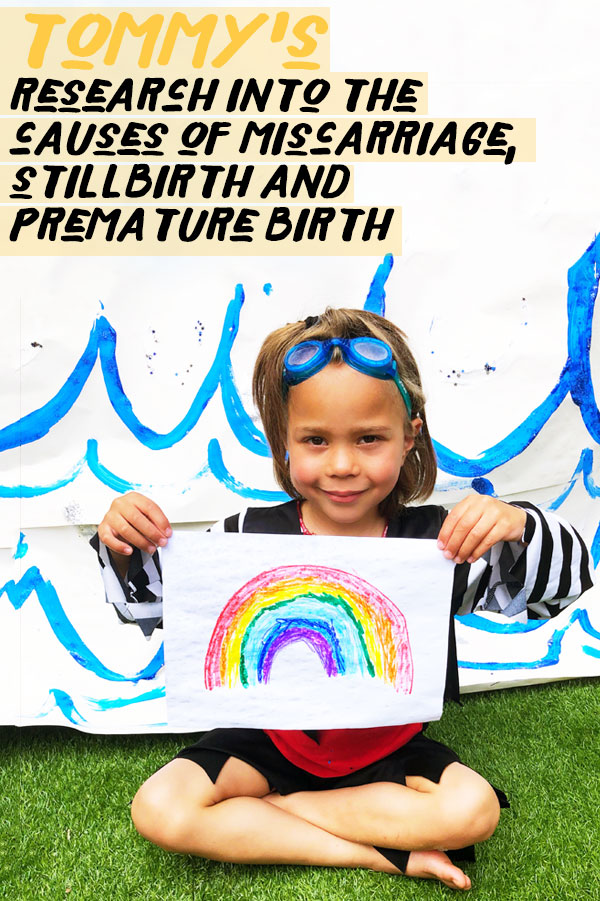 Selfish Mother x Save The Children