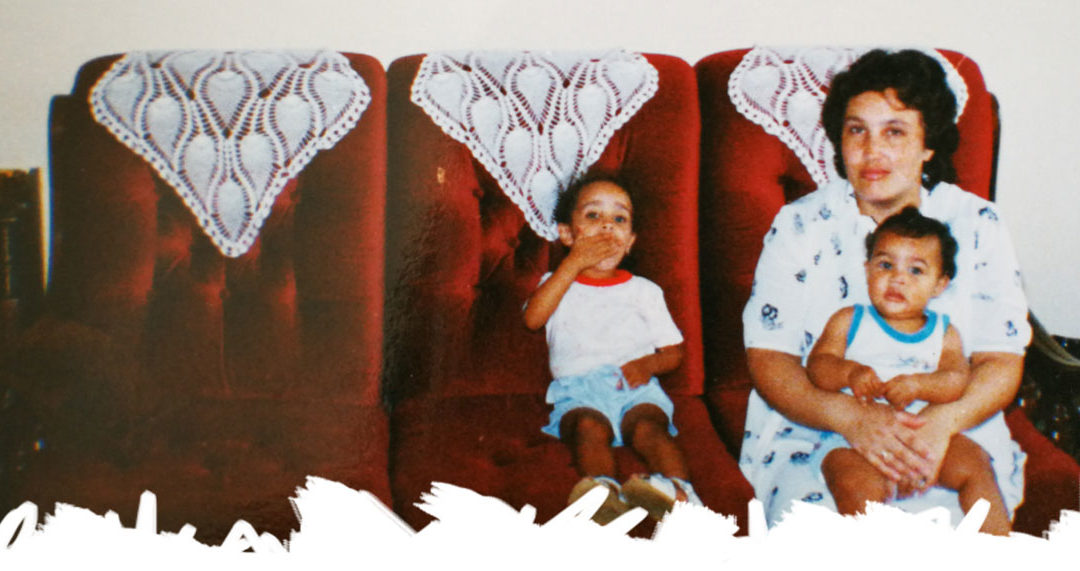 When you are a child and all you know is segregation and superiority complexes, you lose touch with your identity.

At least that’s what the South African apartheid regime thought it would do to us. I was classed as ‘Coloured’ all my life and I accepted this title.  Put in a box and generalised for being a rowdy, uncultured drunk was what we grew to accept, but that was not us! My dad refused this title and did everything he could to move us as far away from it as possible.

We were mostly nomadic growing up, moving from town to town trying to find the perfect life, according to my dad.  Starting a new life with his mistress and 2 small children, at 53 this was brave, to say the least! Living in rural Swaziland (a small country in South East Africa with a very small population of approximately 1,343,098 people) meant there were no schools, so that was a fail! I was born there and I think we were there long enough according to my dad’s standards.

In 1988, when I was 4 we moved to, Nelspruit, the small town my dad was born and grew up.  Packed in a 14ton truck were all our belongings and a family of 4.  My dad and mum set up shop, literally.  We ran the local shop and lived in a communal area for a while and life was memorable.  We lived predominantly in the shop so our parents decided we needed to move again.

This time a Farmhouse on the outskirts of Nelspruit, secluded and somewhat safe or so we thought. We were robbed a few months later, by gun and knifepoint.  My dad protected me, saying to them there was no one else in the house, whilst we slept.  We moved the next day, this time without all our personal belongings.  Most of my parents’ money and our personal documents, gone!  It’s fair to say that I would have given up at this point but our parents did the latter.

While taking the next journey onwards in that same truck, all I remember is hearing my voice in my mind for the first time.  I asked my sister if she could do the same she just told me I’m silly, so I just pondered over my new-found skill as we embarked on the new life awaiting us on the other side of the border.  We visited our new school, registered and met the lady we would be staying with until my parents came to get us.   Our living situation was far from acceptable. We shared a room with 2 other children in the basement of her house and we shared bowls of water as a bath.  Our parents were forced to rush their move after an incident of physical abuse to my sister. 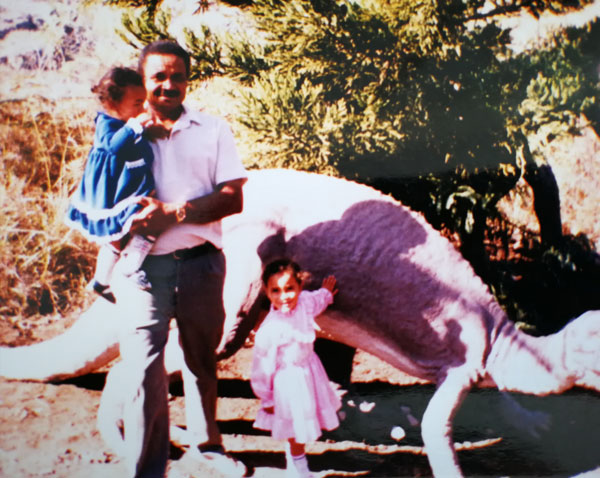 The relief was immense and living in a caravan was like a castle in the sky. My mum registered at our local Home Office and based on assumptions was classed ‘white’ in her new shiny green passport. My mum is mixed Zulu, Irish, Malaysian and Dutch. Genetically she was mixed but to the untrained eye, she was white. Because of this she was given access to many facilities in our town like the local hairdresser, supermarkets and could go to town at any time, however, without my dad who was Black. In South Africa, at the time there were many restrictions on Black people and without your ‘Pass’ you couldn’t roam freely. A couple of this nature was disparaging and extremely offensive.

My mum chose to lap this title up and as a result got the upper hand in making a mark in our little town. Our business grew and so did her status. She bought and sold land through contacts in the Town Council and this meant financial gain played a part in our lives improving dramatically. My dad was a builder and he used this bought time to rebuild a brand new shiny life. She was the accidental white who saved us from our ultimate downward spiral into the inevitable.

It was 1990 and a hugely momentous time for South Africa, Nelson Mandela was freed from jail and after 27 years in detention during the apartheid regime, the people of South Africa were hopefully at the end of years of pain and suffering that came with it.  This was only the beginning of the movement towards a free and fair South Africa.  The area we lived in was one of the many segregated parts of South Africa. Next to us was the Asian community, we lived predominantly in a ‘Coloured’ community in the middle of our town, a historical place called Piet Retief, named after the Boer War leader who was killed fighting the Zulu tribe. With bows and arrows, they managed to defeat the beast that was about to take over their land this time but it’s sad to say that this was ultimately unsuccessful.

With other countries reinforcing their efforts, we got into the depths that was Apartheid South Africa. As you entered our town you were met by an extravagant Town Hall and decadent Museum paying homage to the ‘brave heroes’ who led South Africa to its successful reign as the white supremacist country it is so widely known as; something most South African’s are now ashamed of. In town is where all the ‘white’ people lived and it was tightly controlled, with zero tolerance for anyone of colour having limited access.  At the very end of our town was a ‘Black’ community called ‘The Location’.  For the naked eye, it was hard to realise the division that ran rife in this small, picturesque town. It was not only our town but many towns and cities that were affected by this separation.  Going to Catholic ‘Sunday School’ on a Wednesday was our only access to white children whose parents did not agree with this unfair and ignorant segregation.  Here we spent a day learning about God in an unrestricted and un-judgemental environment. 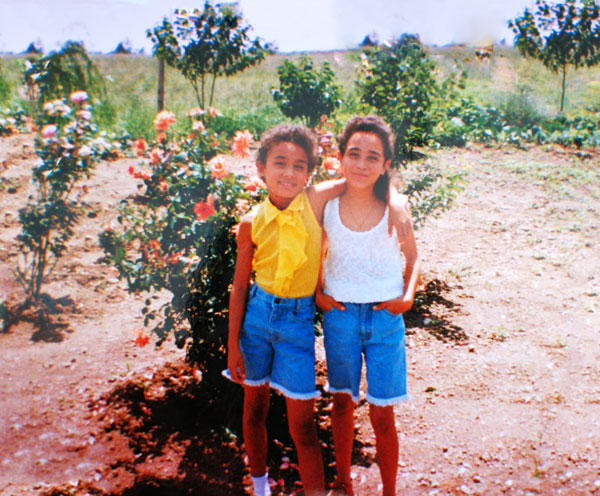 Apart from this we mostly lived in our small bubble that was our life as 2 sisters in a small community shop/bar. We were exposed to all sorts of troubles our people suffered because of segregation. Most people would spend their days leaving early to start their shifts in town, working for seasoned racists. Labour was hard and demoralising. On their way, they would pass our shop and have a ‘tot’ of their tipple, something that would potentially ease the reality that was their lives. My dad refused to allow this tag to be put on us and as we got older, he slowly withdrew us from being poisoned into believing that our worth was defined by our colour and that we were led to believe that we were at the bottom of the chain as human beings. He sheltered us and got us to sit in on ANC (African National Congress) meetings.

My mum and dad later became advocates in the journey towards a changed South Africa.  With meetings being held in our house, chanting ‘Viva ANC’ was the common language. Huddled in our living room were serious faces ready to take on the next chapter South Africa was facing. There are people who believe Nelson Mandela was freed and racism was abolished. On the contrary, the New South Africa meant the beginning of a journey to proving that the new government could run an already successful country. Farming, Coal and Gold mines were what kept the country’s conveyor belt moving. The ANC had to now quickly prove that people of colour were indeed worthy of contributing to this success. 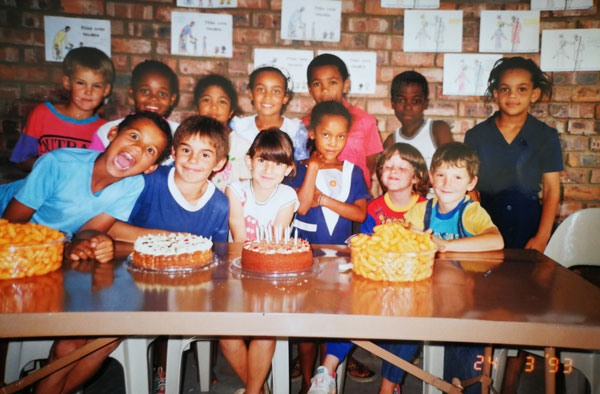 My sister was one of the first people of colour to go to an all-white school in our town. This took my dad submitting his case to the Governing Board of the school. With ANC flag in hand (not literally) he won the case and so opened the doors for other people of colour joining predominantly white schools in our town. This should have been a happy time for us, a better education and facilities we could only dream of but all it meant was me was being further pulled away from my friends who could not afford to go to a school like this. School was tedious and far from stimulating. It seemed to drag on and we seemed to be living our segregated lives behind gates like a jail. My school career was far from the happy childhood days it should have been. Being ‘Coloured’ I never fit in. When it ended, I was beyond grateful for MY ‘Long Walk to Freedom’.

My journey began in England. It was a fresh start and all I learnt and knew was forgiven but not forgotten. We were free in so many ways, we no longer had to conform to a society based on our skin colour and we had a rite of passage far beyond measure.  England is the greener grass, shiny and luscious. I water my life here and keep this grass healthy with eyes of a child that experienced being put in a box, disregarded because of pigmentation through my skin. Grabbing every opportunity is an ethic I will teach our girls and helping them NOT see colour is my aim! 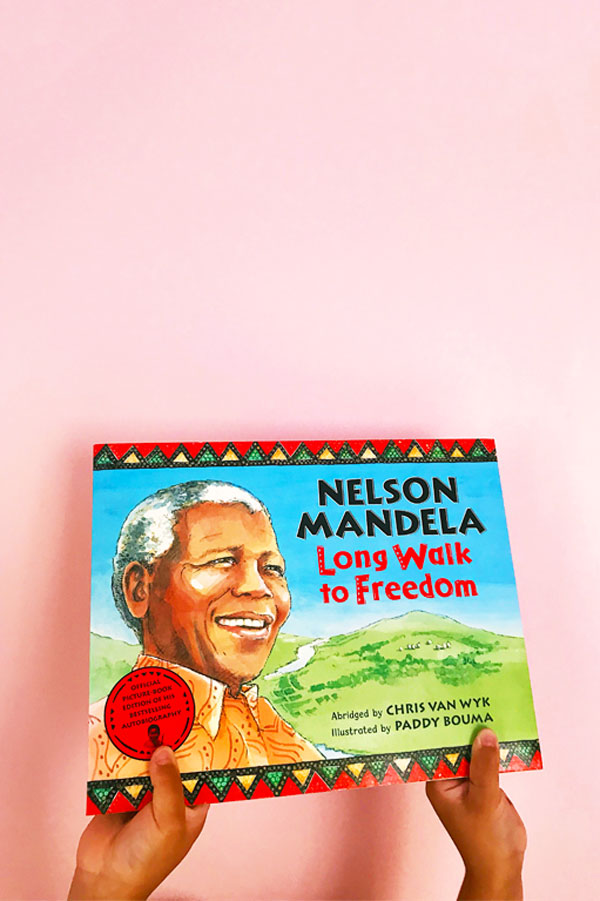