Words that you can & cannot use to describe the LGBTTQQIAAP community 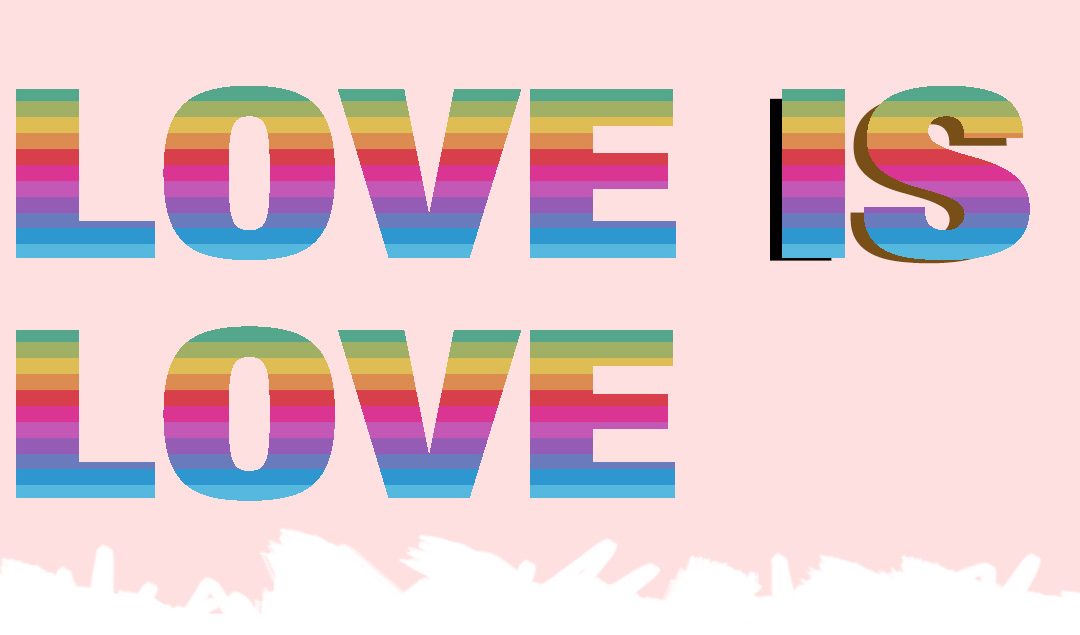 Let’s talk about sex! And gender, sexuality, pronouns and what is and isn’t okay.

There’s so much terminology for those of us who don’t fall into the heterosexual / cis-gendered categories. After centuries of being outcast, we’re finally moving into a world of acceptance, for those of us considered “other”, outside of the parameters of “straight”, “male” or “female”.

With a plethora of terminology out there, we see why folks get confused. Lexicon evolves as society does. What was once an acceptable term could now be considered derogatory. By the same hand, terms once used as insults have now been appropriated by the community.

Some people (usually the older generation to speak broadly) have a tendency to get the terminology wrong, accidentally, and cause hurt. Ignorance is not bliss people!

The vast range of terms means it’s easy to get confused. If your intentions are good, we’ll correct you and forgive you. So I’ll break the rainbow down for you, step by step. This handy guide will let you know what’s hot, and what’s not, what is acceptable and what could cause hurt. 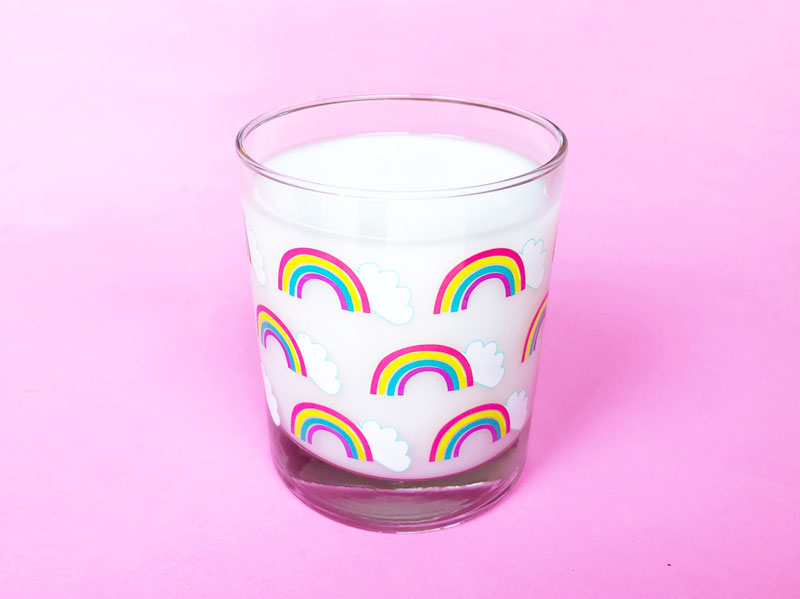 LGBTQQIAAP (Often referred to as LGBT+)

Lesbians are people who identify as women and are only interested in other women.

Like all other groups of people, lesbians present themselves differently. Some are more masculine presenting. Some are very feminine presenting. Some are androgynous. Regardless of appearance, lesbian is your go-to term for a woman who is into other women. Some lesbians may refer to themselves (within safe spaces/people they know well) as a butch or a dike. (See Lea DeLaria / Boo in Orange is the New Black.) Some may refer to themselves as femme or “lipstick”.

Your safest bet is always Lesbian. Or, you know, just their name, because why does it even matter?

Terms that are not acceptable: lezza, dike (in general reference to someone who looks like a stereotype of a lesbian), homo etc. These aren’t fun and should not be used.

Gay refers to people who identify as men and are only attracted to other men. The stereotype of gay men indicates a feminine man, usually well groomed, high pitched voice, very camp and all a bit silly. Yes, some gay men are that, and we love them. However, some gay men are the total inverse; very masculine, deep-voiced, sensible. Everything in between those two, you can be there’s a gay man like it. Believe it or not, there might be one who looks just like your grandad. Or your neighbour. Your doctor.

When in doubt, use the word from the umbrella. Gay. It’s the only safe option. A gay man may refer to himself as a bear or a whole host of other sentiments, but I’d stick with gay. You could also use the term to refer to a woman who likes other women.

B is for…. Bisexual!

Some people, both within and outside of the LGBT+ community, cannot comprehend being bisexual. Bi-erasure in the LGBT+ community is real. We’re not gay enough, apparently. Some straight people think we’re just gays who are only half out of the closet.
Some people will just call us plain old greedy. Believe me, it’s not about greed. Being bi is as confusing as hell sometimes. We’re not greedy, we’re just lucky. Though believe me, it doesn’t double the size of the dating pool. 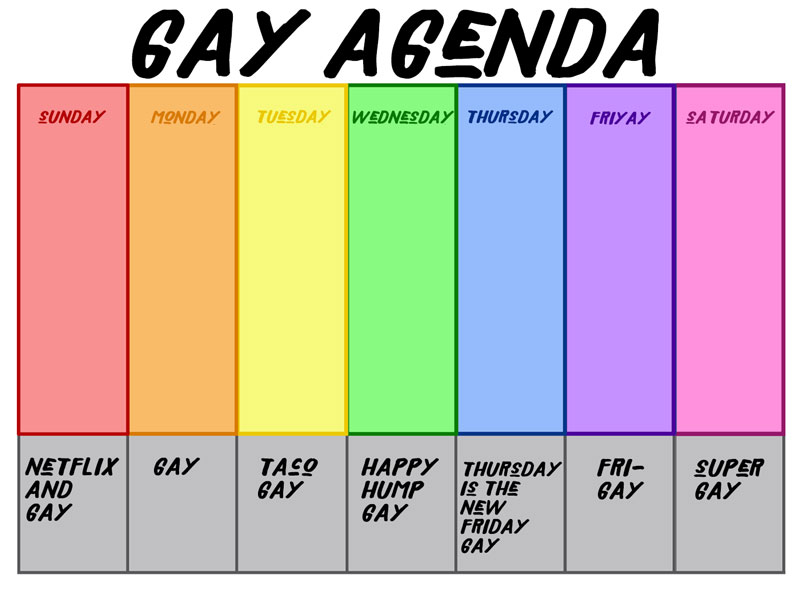 A transgender person – or trans person – is someone who was born one gender but identifies as another. Some trans people choose to undergo a very long process of medication and surgery to become the gender they identify with. Others will choose to live outwardly as their identified gender while keeping their original form. During the process of becoming the gender, they identify with (from their birth gender) is called transitioning.

This is a very deeply personal topic, and each trans-person’s situation is different from the next. If you are lucky enough to know a trans-person personally if they are happy to talk, ask them how they identify. Many trans people have spent much of their life being confused by “outsiders” who recognise them as the incorrect gender. They have had a deeply personal struggle to become who they are, and many find it comforting and respectful when you take an interest in their self and their identity.

What is not acceptable is calling a trans-person a tranny. This term was once derogatorily used to refer to the people we now proudly name as Drag Queens. Though the majority of drag queens are gay men, they are not all transgender. A man dressed as a woman for fun or for a show is not the same as a trans-person who was born male and identifies/lives as a female.

Many people in the rainbow will identify as Queer. This generally means anything outside of the heteronormative. I often refer to myself or my peers as Queer. Rather than identifying with one label, or feeling that none of the traditional profiles ticks their own personal boxes, Queer is an easy umbrella term for us to live under.

The word once was used to describe strange people. It has been historically used as a derogatory term for those not brave enough to use the term gay to refer to someone else. At some point in recent history, we have reclaimed this word. Taking ownership of the word and choosing to use it for yourself took away the insulting power it once had.

This term can be used in terms of both gender and sexuality. You may be a woman or girl (teens through to old age) who has only been sexually and romantically involved with men so far. However, you’ve always had this idea that you might be attracted to women. Sometimes you might see a beautiful woman in the street and not be able to decide whether you want to be her or be with her. It’s the same for men, too, in this instance.

A person who is questioning their sexuality may never act on it. They may have a drunken kiss in a nightclub and leave it that. Perhaps they go on to have a relationship with a person of the same gender. Life’s full of opportunity!

A person questioning their gender may have been born one gender but have felt that they might want to be the other. Again, they might never act on it. They might try dressing in the other gender’s clothes once or twice. They may go on to transition to the other gender, both outwardly and physically.

While the questioning period can be an exciting time, it can be profoundly confusing and stressful emotionally. If someone you know is questioning, be kind. Give them space to talk or just be whomever they want to be. 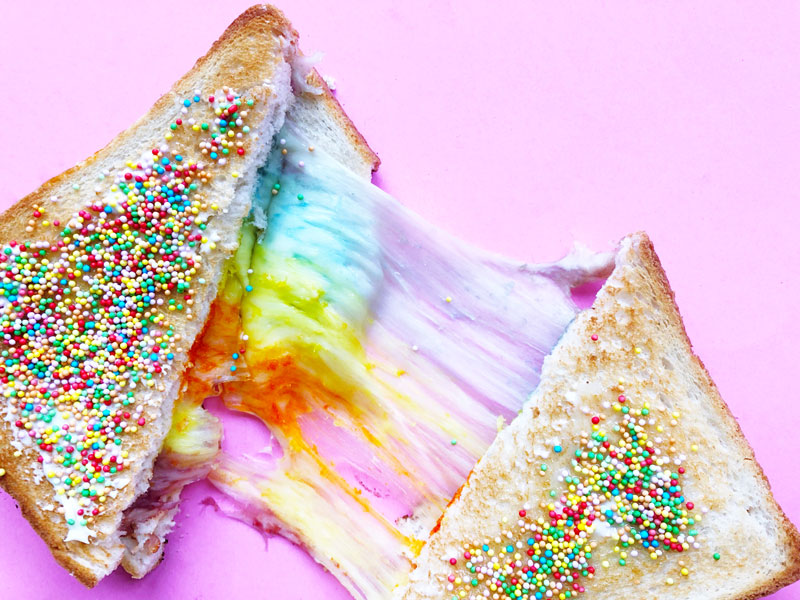 An intersex person is one who, physically, does not fall into the traditional male/female gender. Intersex people may have both (or neither) genitalia at birth. Most likely, their parents will have assigned them a gender at birth and prescribe that they live their life as that gender. They may choose later in life to change their gender to the one they identify with, rather than the one they were assigned by parents or doctors.

In Greek history, an Intersex person was considered someone with superhuman powers!
Whichever gender an intersex person identifies with, is the only option you should choose. This issue only relates to their gender and not their sexual preference.

Once upon a time, intersex people were referred to as hermaphrodites. This is a term that has been thrown out for use regarding humans and can now only be used to describe certain animals. This is never a word you should use about another person.

A (number one) is for…Ally!

You guys are great. You gorgeous allies are people who identify as straight and cis-gendered but love all of us in the rainbow. You believe in equality. You know that everyone has the right to live as the person that they want to be and to love whoever they want to – regardless of any physical or sexual alignments.

You’ll turn up to your local Pride parade dressed brightly and cheering the queers with love and support. Without allies, we wouldn’t have come as far as we have with LGBT+ rights across the world. We thank you for your continuous support and will always love you.

Asexuality is a broad term for someone (of any gender) who does is not physically or sexually attracted to anyone, regardless of sexuality or gender. This is not a person to be pitied. They may live their life in romantic, non-sexual relationships. Some asexual people may never have a romantic relationship and will live their life happily so. 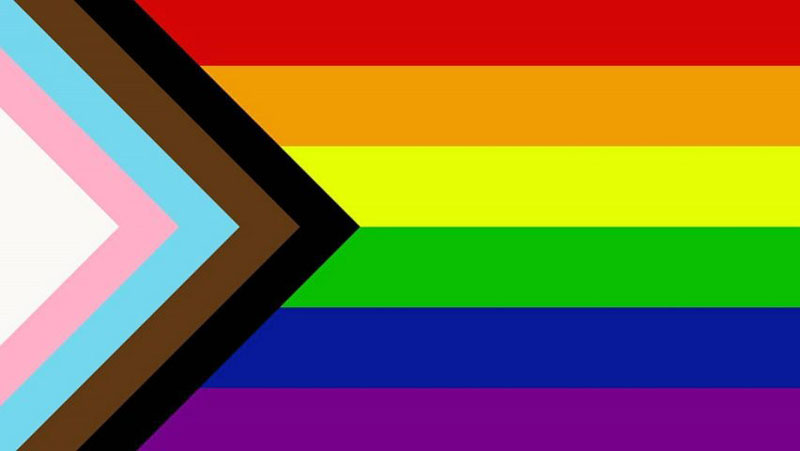 The last letter in our rainbow acronym is possibly the broadest of all. A pansexual person is a person who is attracted to people of all genders, including trans and non-binary people (people who identify as neither gender).

A pan person may go from sex with a woman, to a relationship with a post-transition man. They may be in one long term, heterosexual relationship their whole life but still be attracted to all gender types.

There is no link to Peter Pan here. These aren’t people who haven’t grown up, they’re just people who don’t conform to certain types!

Knowing a person under the rainbow

If you’re lucky enough to know or love someone under the LGBTQQIAAP rainbow, just ask them how they identify, and how they would like to be referred to. Some people may not want to be boxed and may not choose a term. For those who do, getting their pronouns correct is imperative. Whether a person identifies as he or she, gay or lesbian, non-binary or trans, is their place to tell you, not for you to decide.

Holly is a queer-femme lifestyle blogger and ‘pawrent’ to a miniature Dachshund, Chorizo. She bosses her role as an Office Manager during the week and spends the rest of her time just trying to figure herself out and enjoy life. Holly is an inter-sectional feminist who believes in the combination of the power of people and the power of conversation. The more we talk about the awkward topics people want to avoid, the better we can overcome marginalisation and inequality. Also Gin. There’s always room for gin in Holly’s life.
Have a chat with Holly on Twitter. 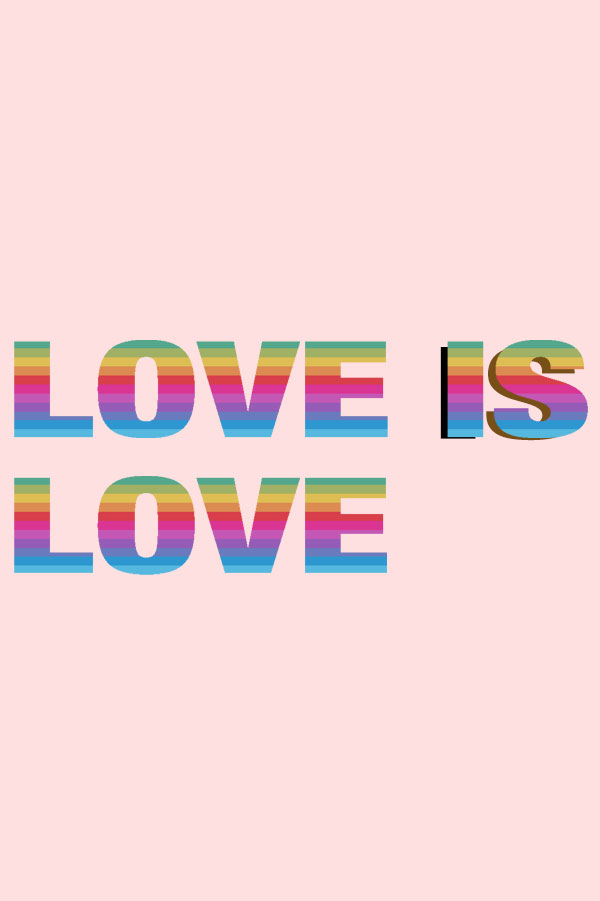 Can I Take Kids To Pride?