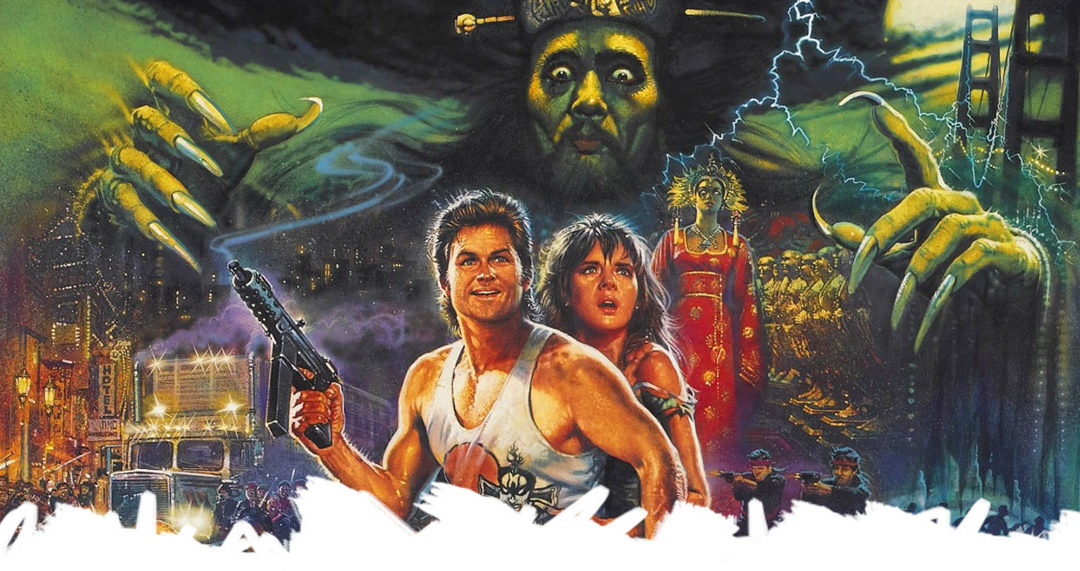 I absolutely loved scary movies when I was a kid, so much so that my mum would rent them from Blockbuster so I could watch them. Naughty I know, a maybe illegal somewhere, but dude, the 80’s were so chilled when it came to that stuff.

Since becoming a mum myself, I have been quite cautious when it comes to sharing my horror movie passion with my own kids. No, my 9-year-old isn’t allowed to watch the stuff that I watched at his age, in fact, neither is my 12-year-old. Call me a meany, whatever, I know what they can handle.

There are so many amazing PG spooky films that are family friendly and a teeny bit scary, which is why I created this list just for you! Here is my must-see PG Kid-friendly horrors/mildly scary movie list; these movies gave me minor chills when I was growing up btw…

1. Gremlins (1984) PG
This film is probably one of my most favourite films of all time. So much so that I have a Gremlin tattooed on my hand; most painful tattoo I’ve had, but bloomin’ worth it!

These naughty creatures wreak havoc on a quiet town after ignoring three very important rules. Don’t get them wet, don’t feed them after midnight and don’t let them go in sunlight. There are always bad consequences when you don’t follow the rules; this is a mildly violent, yet comical way of getting that point across to your kids. Perfect if you ask me!

2. Big Trouble in Little China (1986) PG
I’m getting excited even thinking about this film, I probably watched it a thousand times over. Ever-so-slightly-stereotypically-un-PC yes, but it’s such a good film *Welp! Chinese mafias, Kung-Fo, Black Magic of some kind and females with green eyes being exotic rare specimens. *Sigh. But the nostalgics and bad greenscreen effects are what make this film so brilliantly amazing. Watch with your kids, then explain what was wrong with the world way back when. Kim Cattrall’s roles have come a long way since playing damsels in distress, remember Mannequin? (Awesome, but not scary, although she was a Mummy).

3. The Witches (1990) PG
I reckon every kid I know who watched The Witches was absolutely terrified. This Roald Dahl tale was brought to life in a fab movie and didn’t leave out any of the good parts. I think that I’ve mentioned the fact that I’m not to keen on British films in previous posts, but this one was pretty epic. A slow start as the story builds up, so possibly one for kids who don’t mind getting to know characters before all the action. Well worth the wait, in my opinion, you need a good backstory to build up the tension. If you’ve read the book you’ll know what to expect; highs, lows and probably a moral thrown in there somewhere. Definitely a great Sunday afternoon kind of chill-o-rama. See what I did there?!

4. Ghostbusters (1984) PG
I dare you to finish this sentence without shouting the rest…”Who you gonna call?”…see, it’s a scientific fact that you can’t. It’s impossible. Ok, I made that up, but still, it’s hard. I can’t believe that this came out in 1984 because I saw this at the cinema and I remember it like yesterday. I realise, only being two-years-old in 84′, that I must have seen a special re-release or something. That only proves how fantastic this film was, there was a demand that never really went away. So much merchandise, animated Spin-offs, a sequel and an all-female remake. Ghosts, ghouls and monsters; it delivers exactly what it says in the title.

5. Ghostbusters II (1989) PG
Did you notice that I didn’t share too much above? Well, to be honest, I don’t like spoilers. I can’t think of anything worse than reading recommendations and getting a full synopsis of a film before you get a chance to watch it. What’s the point?! Ok, so, Ghostbusters I & II, pretty much have the same story. Ghosts torment New Yorkers, Ghostbusters come and bust some ghosts, pretty obvious there, the title does give it away. You get Dan Aykroyd’s bumbling funny side and Bill Murray’s dry sense of humour, and you can’t help but laugh while being a tiny bit scared of the paranormal happenings. Maybe not one for kids who may end up in your bed because they get nightmares. However, great for kids who aren’t afraid of no ghosts. If you haven’t seen the film, then that reference is lost on you. Apologies.

6. The Addams Family (1991) PG
If you didn’t watch the original Addams Family series, have you even lived? This remake of the 1960’s dark sitcom is simply superb. Before the days of moody goths, there was the Addams family. They’re an alternative household with family values…ish, who live totally against the norm. Why dress like everyone else? You don’t need to be a blonde to be cool AF, in fact, it’s rather the opposite. My cup of tea!

7. The Nightmare Before Christmas (1993) PG
Ah, the soundtrack to this film is just the best. I haven’t met anyone who dislikes this film, and if one of you even tries to tell me that you hate this, well, *sigh. This beautifully made animation was one of the last of its kind or one of the last that I remember anyway. Frames were made using stop-motion technology, so these characters were brought to life using ever-so-slight movements and amazing sets created by Tim Burton and his incredibly talented team. If the magic alone won’t make you watch, what about Halloween being mixed up with Christmas? A great family film with the dark humour of a seriously confused Jack-O-Lantern.

8. Corpse Bride (2005) PG
I think I’ve just realised that I have a favourite director. The maker of Beetlejuice, Edward Scissorhands, The Nightmare Before Christmas and this movie classic, The Corpse Bride, have all been made by Tim Burton. All these movies have the same magic in common, they’re dark, but oh so smart and gentle. Mixing elements of the macabre with sometimes awkward and misunderstood characters makes his films seem so innocent and relatable. Hints of death and doom seem to blend into the background when you fall in love with the storylines and plot twists. This film is both whimsical and spooky; it’s an animated tale of arranged marriage and love. Pretty perfect really.

9. Jaws (1975)
Thank you, Steven Spielberg, for making me afraid of all things that move or brush past my leg in the sea. I’m not going to lie, the terrible 1970’s hugely-unrealistic-looking massive shark terrified the bejesus out of me. Every bloody time; yes, there were what seems like a million sequels. Film plot- a man-eating shark devours practically the entire cast. And I’m not going to apologise for that spoiler, because even the cover of this film suggests exactly that. Big shark eats people and made children of the 70’s-80’s terrified of sharks. Unnecessarily so apparently, because they don’t even like the taste of humans!

10. Hocus Pocus (1993) PG
Two great Sex And The City actresses in one blog post, and apparently they absolutely hate each other. Kim Cattrall had her mention further up this post, now its Sarah Jessica Parkers turn. Ms. Parker plays a kooky Witch in this epic tale of toil and trouble; which perfectly sets the scene for an amazing kiddie friendly Halloween. It’s a typical 90’s family film, there are action-packed moments, slapstick comedy scenes and tearjerking parts that will have you reaching for the tissues. Either that or you’ll just pretend there was something in your eye. An eyelash perhaps?

So we’ve had 11 Funny with Hint-O-Scary films and now ’10 Kid-Friendly Halloween Horrors’! I’ll share more of my faves next week because two posts were definitely not enough. I’ve got an amazingly terrifying list coming up, a list which compiles all of my favourite scary movies ever. No comedy, no kids, purely petrifying films for you horror fans. 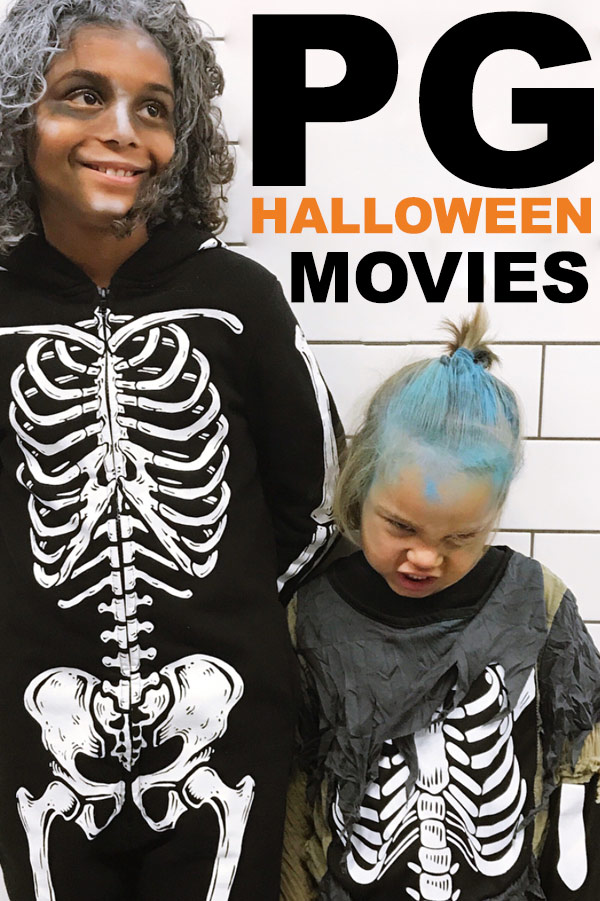