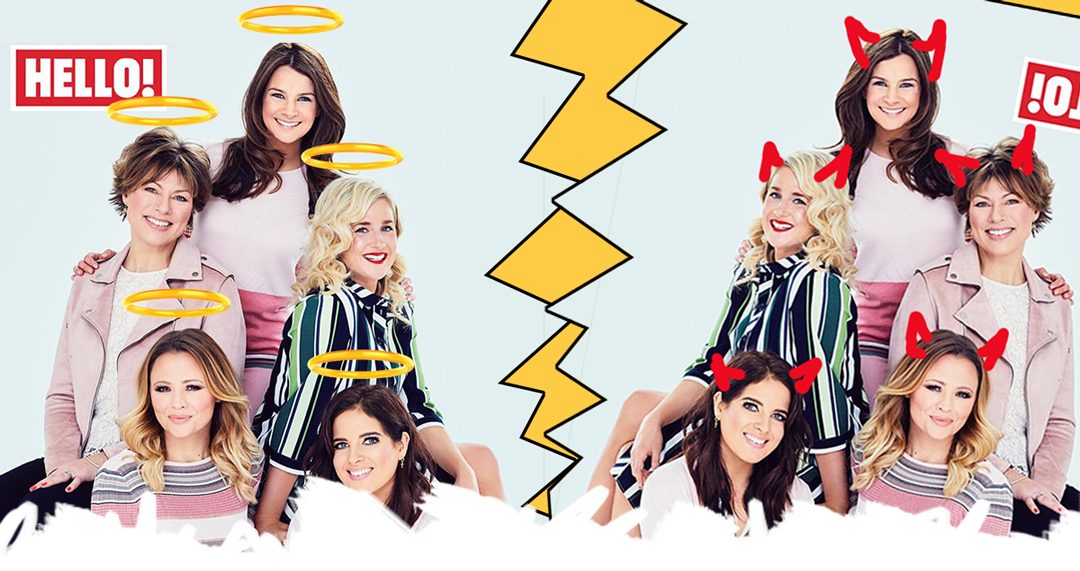 If you missed that Hello! Magazine (in sponsorship with NEXT) Star Mum competition story, then good for you – that means you’re out there living your best life.

However, for those of us who live online and couldn’t get away from it, you’ll know what I’m talking about. Yes, Hello! Magazine created a competition to crown the best ‘Star Mum’.

Besides the fact that this was a terrible idea; pitting mums against each other in order to be celebrated as the Best Mum when the majority go unnoticed. The main issue at hand was the mothers chosen to represent the competition.

Why did I decide to write about this now? Primarily because the hoo-ha has calmed down. At the time, it seemed as if a lot of people were jumping on this bandwagon, like, there was no other news going on.

You know me, I like to spill the tea (gossip) now and again. *Takes a sip.

My point at the time

It was a cloudy afternoon when the image dropped all over Instagram, folks took it upon themselves to tag me in the post as if I were some civil rights advocate. *Insert blank stare*.

I may be opinionated, but I am not the spokesperson for all black matters. I’m a Black British female who is married to a white dude. I share my experiences when it comes to racism, but I’m not about to fight every microaggression that’s thrown in my face – ain’t nobody got time for that…unless thats you’re job.

I would like to try and live my life without reminders of daily racial injustices. I mean, yes, I will speak up if something terrible has happened, but things like ‘not being represented in a magazine’ that clearly isn’t aimed at people like me…well, sorry. Let me keep my angst for something that really matters.

I need to make it clear, not every black person is a spokesperson for all black matters. I have never claimed to be, and I never have, nor will I elect a social media influencer or collective to represent or speak on my behalf.

Yes, its good to speak up about things, but when people take it upon themselves to rally up the troops and tell people how they should feel, there’s a problem. And just like that, the original is message is lost. 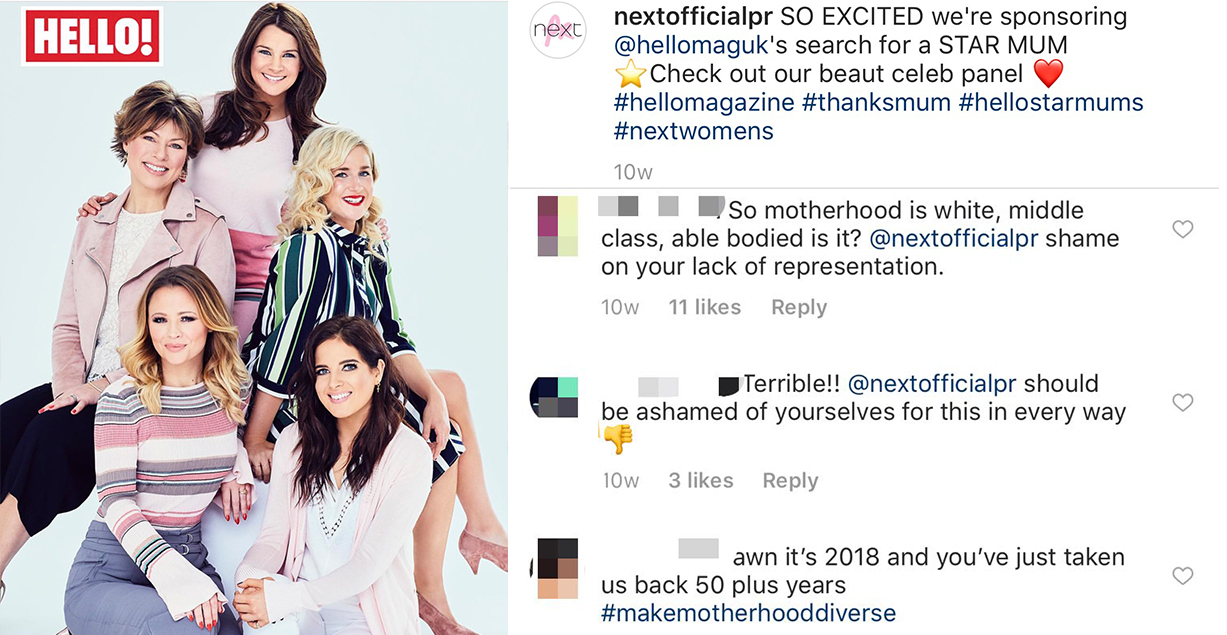 Remember when I used the term ‘Bandwagon’? The word here is very significant because a whole heap of disgruntled beings jumped on said bandwagon like their social status and followers depended on it.

Why target her I asked? There were four other mums in that picture too. Well, apparently she was “easiest to get an answer out of”. You know, “because we follow her”, “feels like I know her”. “We want answers”.

So much for Sisterhood

There’s a thing about building people up, only to tear them down. It’s a strange phenomenon.

Amongst all the pathetic comments shaming Anna, a few things stuck out. Why didn’t she say something at the shoot? Why did she take part at all? Why wasn’t a black mother used as a Star Mum representative or judge?

How on earth can one picture define and represent all mothers, and why should a magazine that is aimed at skinny latte loving white mums be made to conform?

Step outside, have a look around, motherhood is already diverse outside of the media. Why do you need a diverse Star Mum competition to validate your capabilities?

I’m going to assume that Anna went to work and did what a lot of others do. They go to work not noticing the lack of diversity around them or in their office.

Some people don’t even have people of colour within their social groups. Some people clutch onto their purses when they see a black 20-something male. They may also go as far to cross the road when they walk by.

Some of you make fat jokes and side-eye the overweight lady in McDonald’s. Some of you get nervous on a plane when you see a lady in a Hijab. Some of you may even find it weird that lil’ Billy in your kids’ class is being raised by two mums.

Some of you, in fact, a lot of the pitchfork holding ‘Instagrammers’ never batted an eyelid when the people above were never seen at an event. Never seen in a group photo with your fave ‘stripy top wearing, bobbed hair styled mum bloggers‘ with their *token black mum. Why was it never an issue then?

I found it hypocritical and embarrassing. 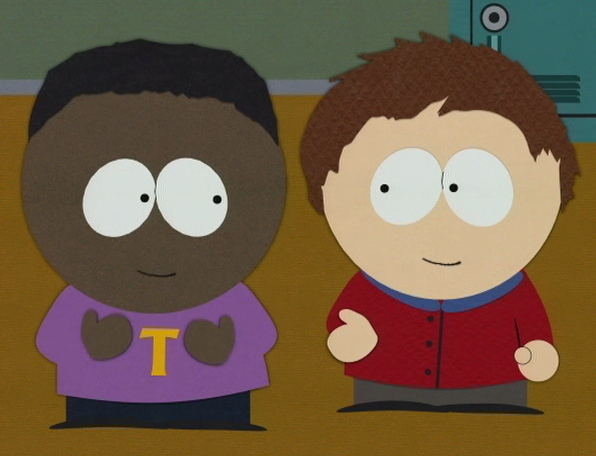 *Token. Tokenism is the practice of making an effort to be inclusive of members of minority groups. Token characters can usually be seen in films, in brand campaigns and sometimes in Instagram images.

Why demand to be invited to a party whether it’s an acquaintance’s or UKIP’s?

I’ve reminded my 4-year-old many times that not everyone will be your friend, and that’s ok. The same should be said for brands, magazines, even tv programmes. Who here complained when there was that one token black female who went out with Ross for 5 minutes?

Friends was great, I liked it. But never did I stop watching it because Rachael didn’t end up with a ‘Sanjay’. The show was made and aimed at the types that were depicted in the show. I knew very well it wasn’t for me, but I could still watch and appreciate.

The difference between this situation and say, H&M’s race issue was that they were obviously taking the mick.

They’re happy to have black models sell their clothes to reinforce the fact that they seem to be inclusive, but deep within the structure of their company, they have little representation. No ‘ethics’ making decisions, it’s all smoke and mirrors.

HELLO! Magazine. When have you ever seen them try to depict themselves as diverse or inclusive?  Don’t get me wrong, I’m sure they’ve sporadically shared many black UK celebs. But they were probably the type of Blacks that pass European beauty standards.

This seemed like an “All Lives Matter” complaint. Quite frankly, not having a white female who isn’t a size 8 on the front cover of a magazine isn’t my fight. Not having a token black woman for the sake of it isn’t either.

I’ll take notice when the media wants these minorities representing their target audience because they want to, not because they’re worried about the repercussions.

Am I boycotting Hello!?

No. I never bought it in the first place. Am I boycotting NEXT because of this Star Mum thing? No. If I boycotted every microaggressive company, I’d have no TV, no internet and nowhere to shop. Mate, I wouldn’t even have a white husband or any white friends.

Mind you, I still haven’t been back to H&M. They crossed the line, not once, but twice.

Oh, as for the internet beef that has been created because of my views. Yeah, I got blocked by a few lol. But what can I say, I’m not going to agree with people because they’re black, or if they have more followers than me *Shrugs*.

Have your opinion, have your voice, but that doesn’t mean that I can’t have mine. I’m still rooting for you though, coz you know, Wakanda FOREVER and all that. I don’t want to see you fail.

^Revision 17.05.18 I previously said that Anna’s (Mother_Pukka’s) Instagram post had been removed, it hadn’t! It was still standing in all its glory amongst her colourful squares.