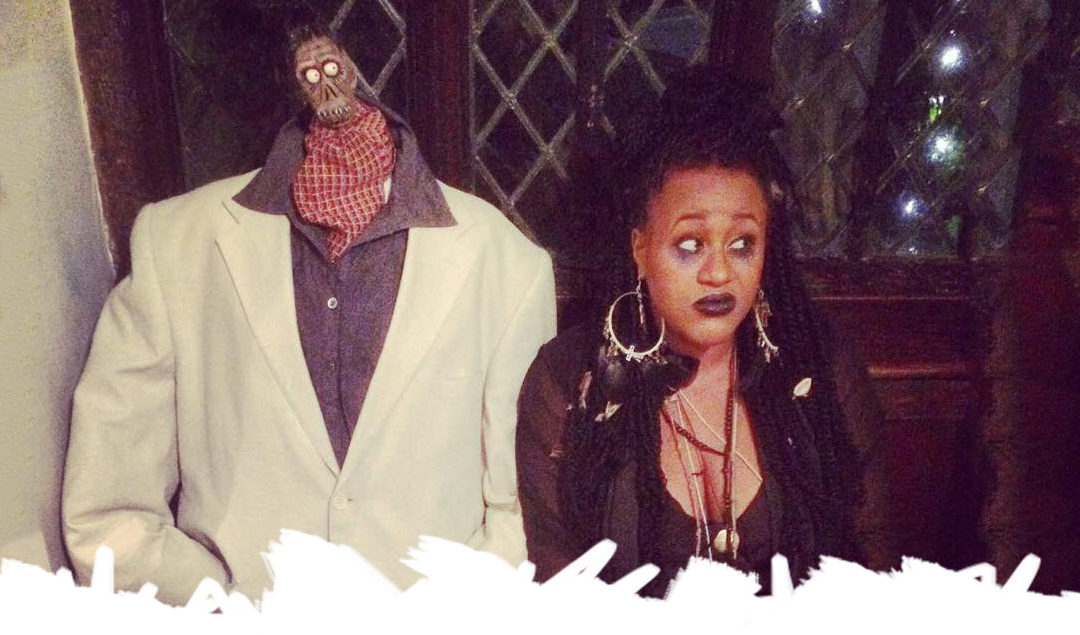 If you only know me through social media, blogging or as that chick at events, you won’t know that I’m a horror fan. Halloween is big, like, Christmas big. So much so we’ve had Halloween themed Christmases in the past.

Because of all that, I have compiled my must-see horror movie lists, which I will share weekly, one by one. Don’t worry, there are zero spoilers! That would just be ever-so shitty of me, right?

1. Beetlejuice (1988)
Back when CGI was iffy, and stop-motion animation was all the rage, Tim Burton released this morbid comedy horror and it was an instant hit. Beetlejuice is a huge character who is played by Michael Keaton. I don’t think I realised that until recently, there’s not one hint of any other character that he has played before, which makes Beetlejuice even more superb. A great movie to watch with older kids, as there are a few jumpy moments, sexual references and a bit of gore. Nothing that they wouldn’t have seen before if they’re allowed to watch Game Of Thrones *shrugs*.

2. Scary Movie (2000)
Ok, not my usual choice of horror movie, but this post is all about the tamer, less scary, more funny type of movie. Scary Movie is a bit of a P-take. It makes reference to a lot of late 90’s-00’s movies; unfortunately, if you haven’t seen any, the jokes will probably go over your head. If you like slapstick jokes and goofy characters, Scary Movie will deliver. Still don’t get it? Well, think of a 1980’s National Lampoons film, sprinkled with a bit of Police Academy spliced with Scream.

3. Gremlins 2: The New Batch (1990)
No one ever seems to follow the rules when it comes to horror movies. Don’t feed them after midnight, keep them away from the light, and don’t get them wet. The results? Disastrous results in NYC of course. Gremlins 2 has all the crazy antics of the first film, but less intense and more laughs. You find yourself laughing along with these mutated Gizmos, rather than hiding behind a cushion.

4. Arachnophobia (1990)
Gross, gross, gross eight-legged creatures, here to freak you out and kill an entire town. No exaggerations here, if you hate spiders, this film will be your worst, but funny, nightmare. Ever seen The Birds and wondered what all the fuss was about? Some people are actually terrified of birds *giggles*. Well, ask someone who is afraid of spiders if they’ve ever seen Arachnophobia…watch them shudder.

5. Shaun of the Dead (2004)
You’ve got red on you. If you’ve heard a mate say that and just glossed over, then I can probably assume that you’ve never seen Shaun Of The Dead. Now, I’m going to let you into a lil’ secret, I’m not a big fan of British films, let alone British horrors. Shaun of the Dead, however, managed to slip through the cracks. If like me, you’ve watched Spaced, you’ll recognise quite a few of the characters, and instantly get the style of humour. It’s very dry, very British, and very sarcastic. Can you tell why I love it?

6. Little Shop of Horrors (1986)
This film has the most amazing soundtrack…EVER. I think, I only have a handful of favourite musicals. Usually, I find the songs really irritating, there always seems to be some type of over the top unnecessary happiness. Mate, drop me out. Give me gore, give me doom and gloom, give me a gigantic plant from out of space who eats people and sings. Little Shop Of Horrors is a great feel-good movie set in 60’s, occasional bad language, domestic violence references, oh, and murderous plants…so prob not a great one for the kids. 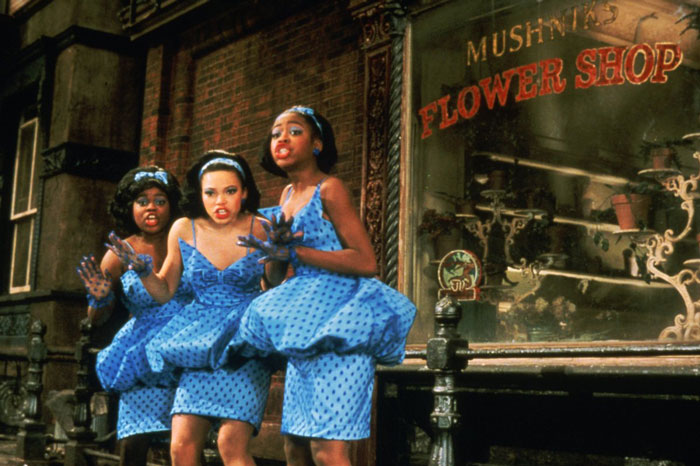 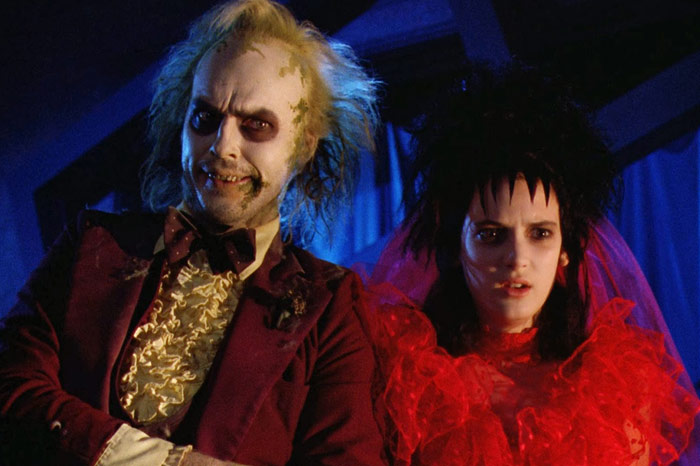 7. Ghostbusters: Answer the Call (2016)
I admit when I heard they were making another Ghostbusters film, I was quite annoyed. People need to stop messing with classic films and making their crap versions. It’s agitating and just throws off the entire balance of great movie history. Yes, I’m very dramatic when it comes to horrors. Make them good, just don’t f*** em up. I reluctantly took the boys to see this, yep, even the 4-year-old? I hear you gasp. Chill, they’ve seen the originals, but also people getting chewed up by huge scary dinosaurs. I don’t see the difference, however, you know your kids, I’m in no way responsible for possible nightmares if you go by my recommendations.

I’ve got to say that I did, in fact, enjoy Ghostbusters: Answer The Call! You probably guessed that as it made my list. I ended up forgiving the makers of this version, as the original cast popped up now and again resulting in claps of joy. By me, loudly in the middle of the cinema. Egon Spangler, played by Harold Ramis however, was not a part of this, as he sadly passed away in 2014. The female Ghostbusters were hilarious to watch, and this version doesn’t come across like a remake, more like a respectful tribute to the originals.

8. Tremors (1990)
In my head, this is where the concept for ‘the floor is lava’ game came from. I saw this back when I was a mere child, and yes, it freaked the hell out of me. I loved horror movies, so my mum would rent them from Blockbuster, but obviously, I couldn’t admit that I was scared. That would mean that I couldn’t watch them anymore. For a good year, I’d tread carefully, hop from sofa to sofa and sit on park apparatus for what seemed like hours to avoid being eaten by a sandworm. I won’t share too much as I said, I don’t like spoilers. But, yeah, think the floor is lava and get eaten by a monster and you’ll understand what this film is about.

9. Death Becomes Her (1992)
This film seems to be ageless, the only thing that would make it worthy of a remake are the effects. Other than that, don’t touch this, please. An age-old tale of searching for the secret of youth has been found in a very sexy vial. Drink it and you will regain all of your youthful looks, however, prepare for consequences. Hilarious ones at that. What would happen if you lived forever but with a friend that you didn’t particularly like? Murder, Glamour and proof that Elvis is still alive is what you’ll find in this dark comedy.

10. Wes Craven’s New Nightmare (1994)
This is the 7th *counts on fingers*, yes, the 7th instalment of the Nightmare on Elm Street films. Admittedly, even I think Wes didn’t really need to make so many sequels, I couldn’t tell you the difference between the 3rd – the 6th. Sure, they all kind of blurred into one long gigantic nightmare, did they all die? Did Freddie ever lose? I dunno, I can’t remember. We all know the first was the best. The scene where a young crop-top wearing Johnny Depp gets sucked into the bed and spewed out on the ceiling was epic. Were there equally amazing scenes in the following films? Again, I dunno. Either way, Wes Craven’s New Nightmare revived my love for Freddy. Wes brings Freddie into the real world, where he now tortures the cast and crew of the original films. Didn’t see that coming did ya? Robert Englund, along with cast members play themselves as Freddie picks them off one by one. So many cameos, so little time. I think this one should have had its own sequel tbh.

11. From Dusk Till Dawn (1996)
I don’t want to ruin too much of this, because if you haven’t seen it and you’re watching with fresh eyes, you’ll be sat with your mouth open and in a state of confusion. I know I was. What starts off as a typical Tarantino movie; a kidnapping, expletives shouted every five minutes, probably the N-word thrown in for good measure (I know, yawn), totally flips and becomes an excellent popcorn worthy horror movie. Again, no spoilers. I’m going to keep it there.

Next week I’ll share more of my faves, as Halloween is meant to be for the kids, I won’t miss them out! Subscribe below and you won’t miss out. 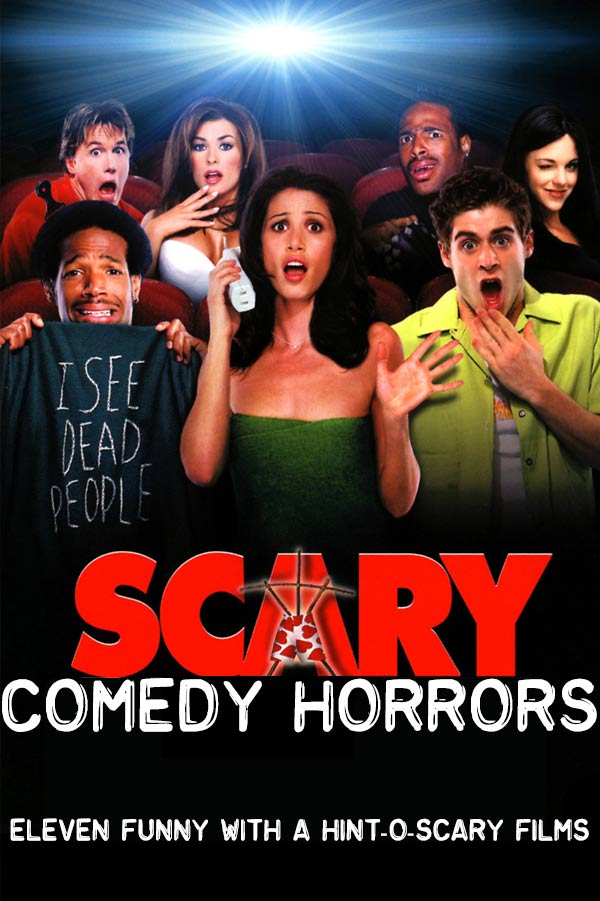