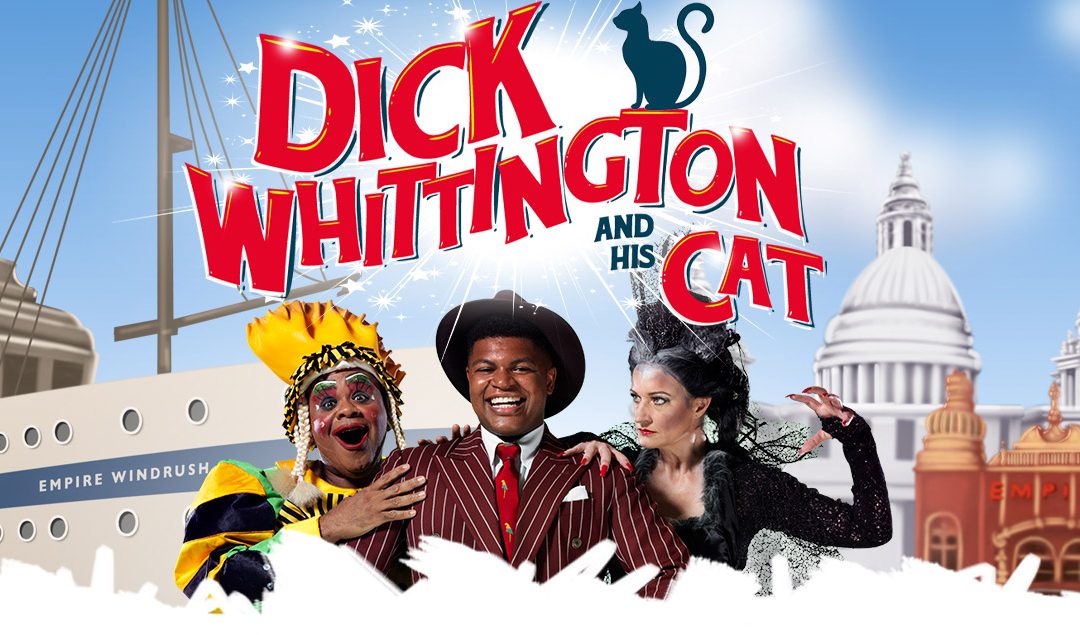 Hackney Empire has done it again, yet another Pantomime that we thoroughly enjoyed. Fantastic cast, fabulous costumes and a storyline that’ll be sure to tickle your funny bone!

Hackney Empire’s Dick Whittington and His Cat promises its trademark magic and spectacle in a dazzling reimagining of the classic rags-to-riches tale which sails in from 23 November 2019 – 5 January 2020, starring Grande Dame Clive Rowe, as Sarah the Cook, who returns following an award-winning East End comeback last year to now mark his 13th Hackney panto appearance, plus panto debuts fromTarinn Callender (Hamilton) as Dick Whittington and Annette McLaughlin as Queen Rat (Harry Potter and The Cursed Child). Dick Whittington and His Cat marks a record 21st Christmas pantomime from Writer and Director Susie McKenna with Original Music by Steven Edis. 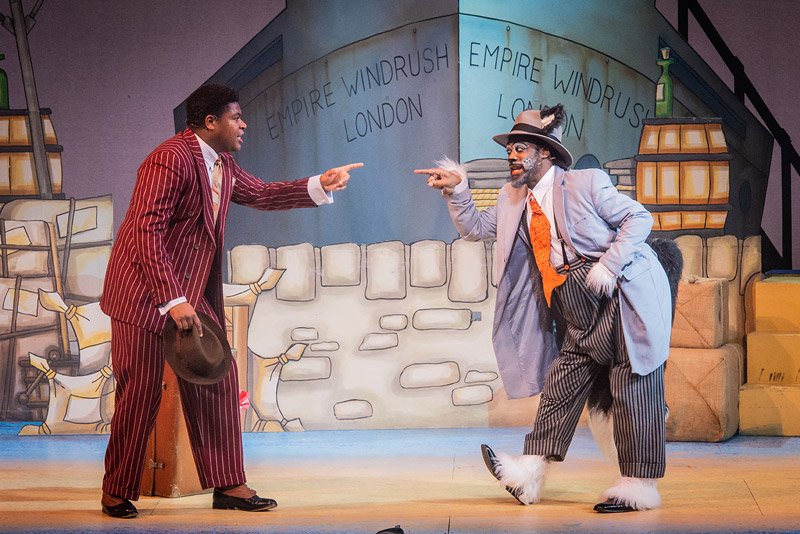 Dick and Uncle Vincent The Cat

Dick Whittington And His Cat paid homage to the Windrush generation by starting the story of a young Jamaican arriving in London via the Empire Windrush. After the promise of a job and a better life here in the UK, Dick and his Cat have an adventure while sabotaged by the menace that is Queen Rat. Funny lines and innuendos-a-plenty, this story will keep you both entertained and wowed by the cast and production team.

Dick is reunited with his mum, Sarah the Cook, who is played by Clive Rowe. His presence and ability to connect with the audience is great. He gives us great comedy moments and incredible range during his rendition of “And I am Telling You” and more. The cast are incredibly talented, and they all bring a bit of magic and personal flair on stage during their performances. 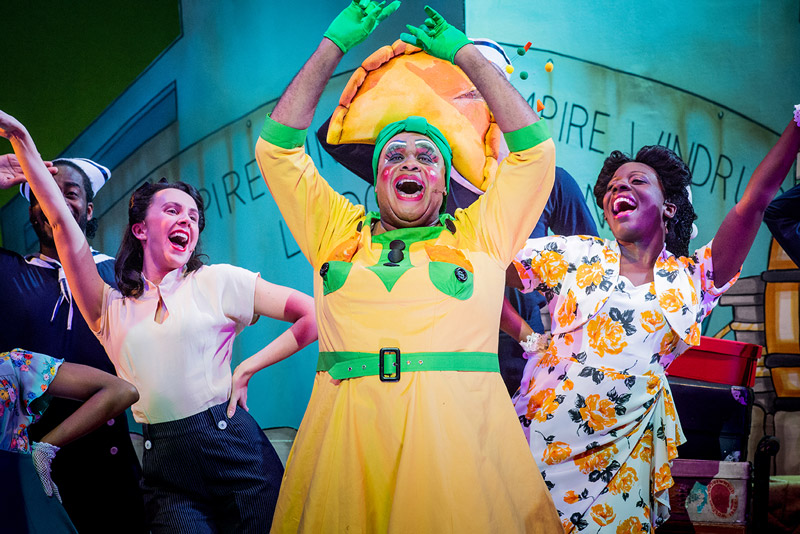 Dick Whittington and His Cat is a fantastic show, definitely one for all the family!

“It was good, I liked it when Dick Whittington came off of the boat, and his cat was very, very funny”. – Ziggy aged 5.

“I thought it was clever how the sets moved and it looked like they were in places in London. I also thought it was cool that the characters talked to the crowd. My favourite part was when Dick Whittington met his mum because I thought it was funny how they got on”. – Zach aged 10. 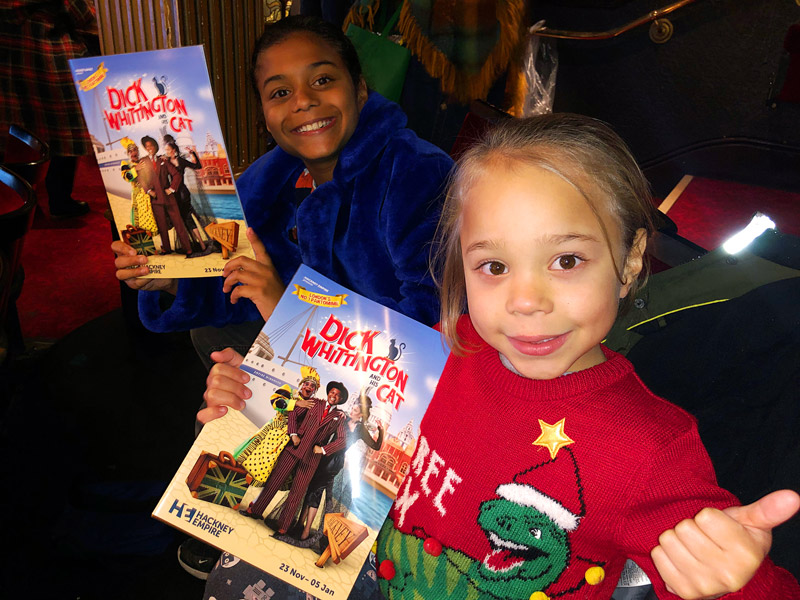 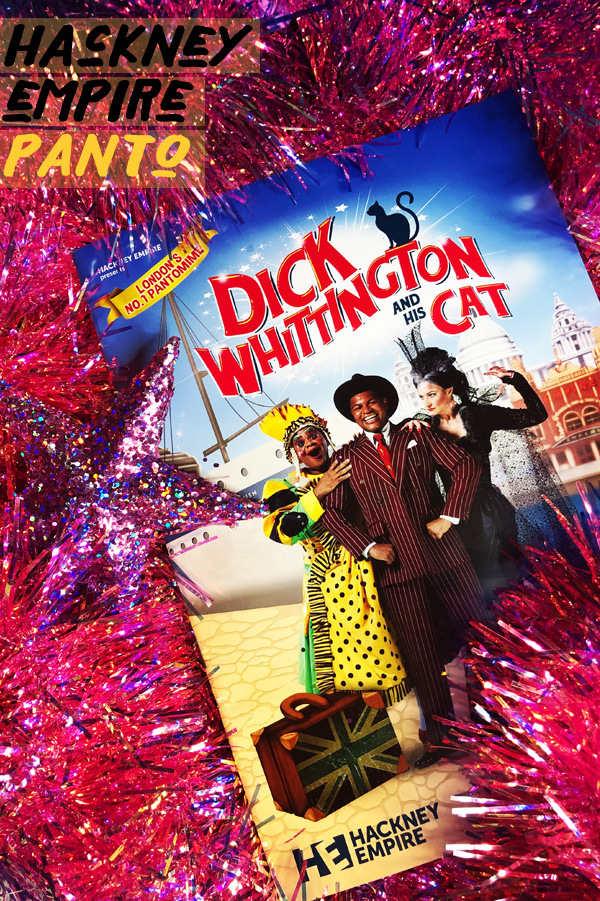