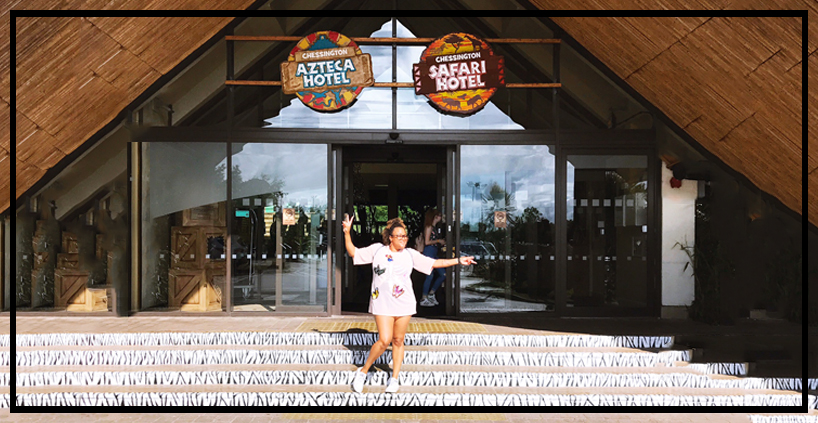 It’s very rare that we manage to book a family room which can hold all 5 of us, luckily we could at the Chessington Azteca Hotel!

Chessington Azteca Hotel – Explore the mysteries of the ancient Aztec temple ruins, overlooking mischievous monkeys and colourful birds and encounter some of the jungle’s most exotic creatures in this wild and wonderfully themed hotel.
The hotel is a stone throw away from Chessington World of Adventures which boasts about having over 40 rides and attractions and 1,000 animals in the Zoo and a SEA LIFE centre.

We were graciously invited to a Christening a few weeks back, something that feared me with dread! The thought of waking up at silly o’clock and travelling from Essex to Surrey on the same morning just made me sigh. 3 kids in smart clothing travelling whilst moody and tired? No thank you. Coincidentally, it was around Zachary’s birthday, so we decided to make a weekend out of it. We booked the hotel for Friday-Sunday, and don’t worry, we took them after school!

It was a brilliant idea if I do say so myself (obvy my idea), staying at the hotel was a fab treat. The boys absolutely loved the idea and nearly wet themselves when they stepped into the hotel on Friday night. We were greeted by friendly staff who gave the boys some badges and branded lanyards- this made them feel extra special as we waited to check in. Everything was explained perfectly, where to go, where to eat and how to get into the theme park. The boys were stoked as hotel guests we were allowed to enter the theme park an hour before everyone else. That meant a 5 minute to non-existent queuing times for the busiest rides. THANK YOU CHESSINGTON!

Our room was spacious, clean and perfectly suited our requirements. The boys had a separate room between ours and the bathroom. They had bunkbeds, (which was able to sleep three) their own smart TV and a huge stuffed Tiger that kept Ziggy entertained. The main room overlooked the Zoo, so we could see Zebras along with other animals. I say other animals as none of us were actually sure what they were… possibly Gazelle… possible Antelopes… possibly Reindeer. I should have asked really.

Breakfast was served in their hotel restaurant, they had everything from a fry up to cereal. They even had GOOD coffee and soya milk! Eating or drinking out with a dairy free kid can be a nightmare, but Ziggy was happy that he was able to have cereal that day. Any restaurant or coffee shop that has milk alternatives always get a thumbs up from me. Dinner was served in the same restaurant, however, you had the choice to sit either in the restaurant itself or in the bar, which again, overlooked the Zoo. The serving staff were so cool and friendly, especially Kahshade (Chessington, you have amazing people working for you!). 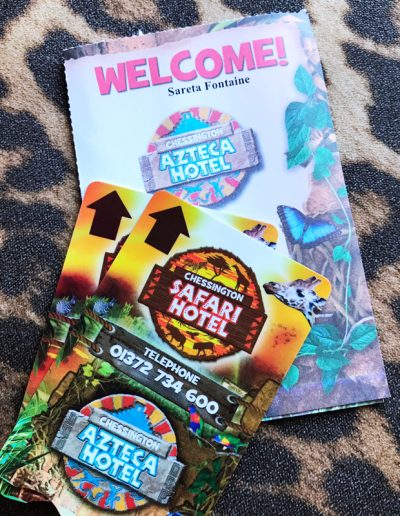 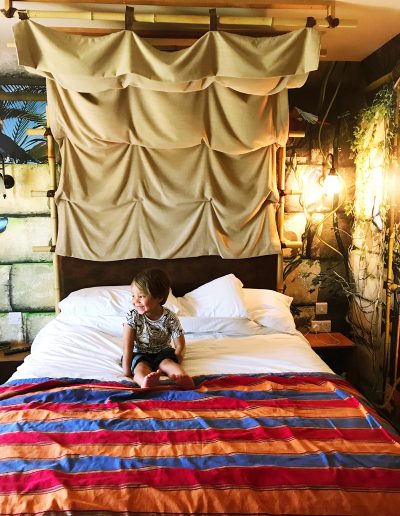 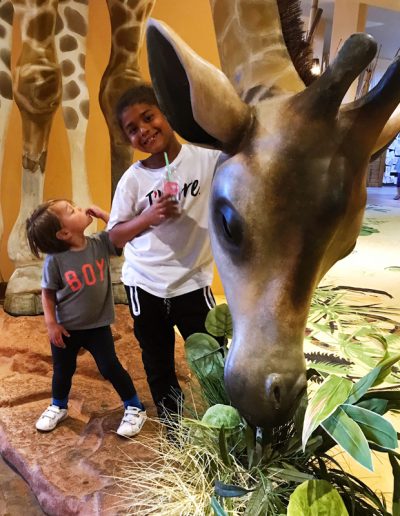 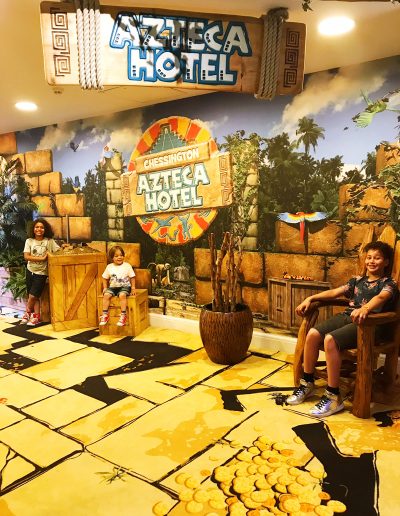 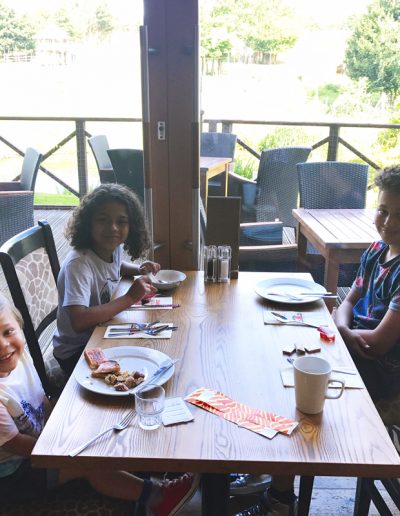 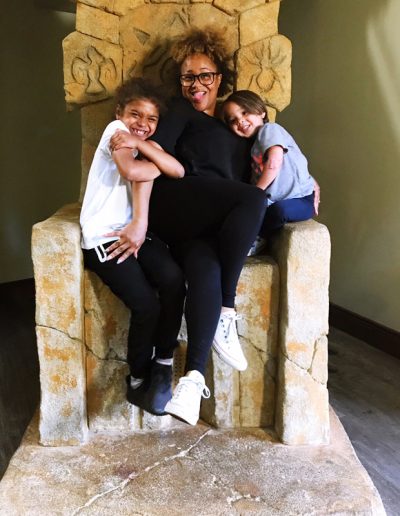 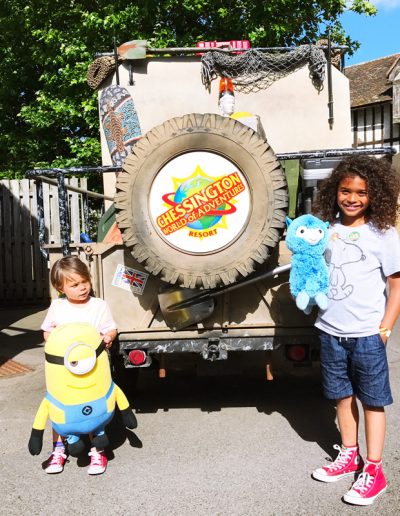 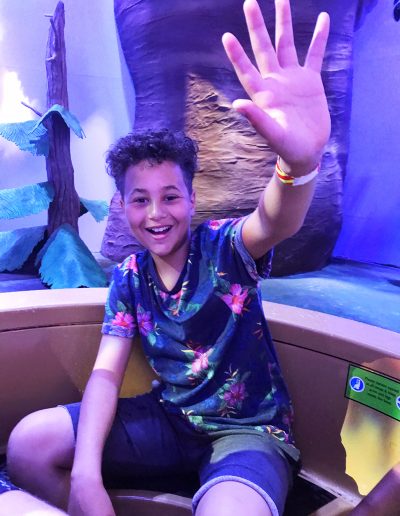 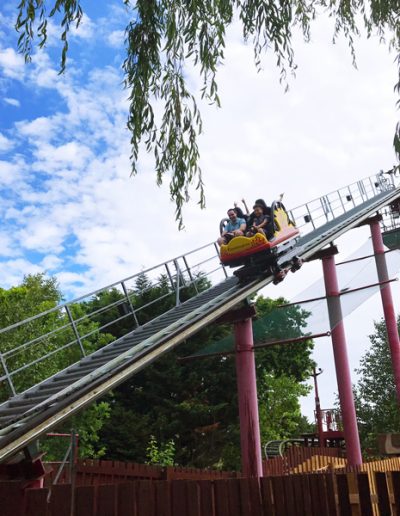 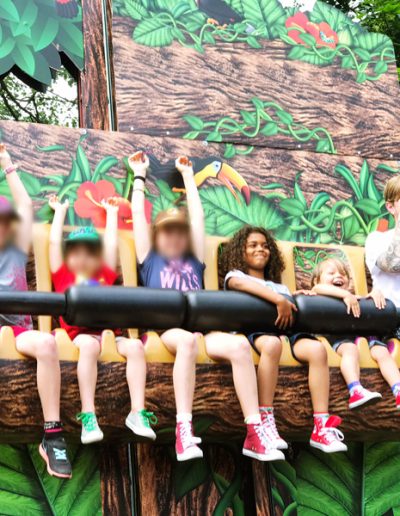 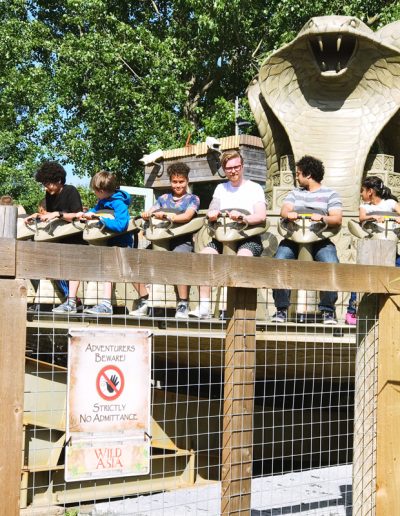 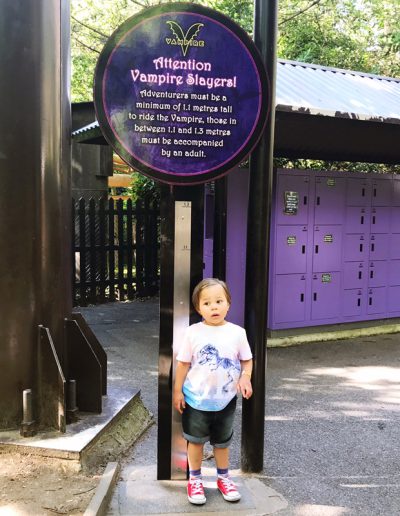 Staying at Chessington Azteca Hotel meant we could get onto those popular rides before the crowds set in, we made a beeline for the new Gruffalo River Ride Adventure, the Vampire ride and Rameses Revenge. Since I don’t do big rides, Dylan went on Rameses on his own… 3 times and Dad took the big boys on The Vampire ride. The whole family were able to go on the New Gruffalo River Ride, nice one! Both Dylan and Zach said that they remembered this one as we’ve been to the theme park previously, but I enthusiastically explained how the Bubble Works was completely different to this new ride. I had a good time “wowing” and telling Ziggy to look out for the ‘Big Bad Mouse‘ whilst his little face stared at everything in complete amazement haha. Come on, the Gruffalo is AWESOME!

I managed to go on one scary ride with Dylan though, the Rattlesnake! It was a ‘twisty-turny’ rollercoaster type of thing, I hated it- in a good way. After telling my sis how I concurred my fear (that second) and made it onto the Rattlesnake, she proceeded to tell me that that ride wasn’t even frightening. Well, dude… I was scared, it made me scream and I’ll never go on it again… I FOUND IT SCARY! I got some major cool points with Dylan too. He thought that I was pretty brave lol.

It was a relatively quiet sunny afternoon, we were there on a Sunday so I expect most people would have gone the day before. This meant queuing times for popular rides were about 30-40 minutes long. Still reasonable to be honest, especially because we went on the busy rides before the theme park officially opened. There was no need to pay extra for queue jumping tickets, we’d defo save those for busier periods, such as half terms and summer holidays.

I’ve got to say, if you didn’t already get my point from this post, this mini break was well worth it, absolutely brilliant! I highly recommend it and would definitely take the boys again. The Chessington Azteca Hotel had fab rooms, restaurants and chilling areas for kids. The theme park itself had an excellent range of rides catered for little to big brave kids. Ziggy (3-year-old) and I (scaredy cat anxious ride hater) were very grateful for the little rides.

Thanks again Chessington, we’ll be back!