Public Urination vs Breastfeeding in Public 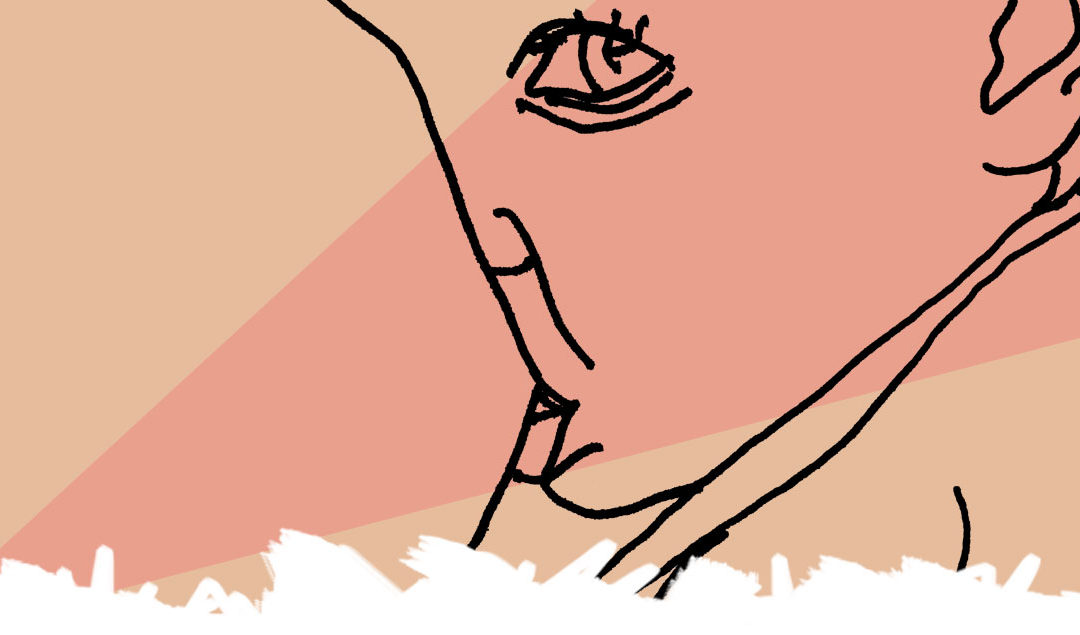 As I walked down the road with my teenage daughter and 15-month-old son in his buggy, we were met with several graphic images. Mistreated animals, women in lingerie in provocative poses, ads for quick loans, gambling promotions, products claiming to give you ‘ideal’ skin. We passed smokers who threw their cigarettes on the ground and to top it off a guy openly urinating against a shop front, on a main road, and in broad daylight. How are we ok with this but still not ok with women Breastfeeding in public?

How have we become so far removed from the natural functions of our bodies that we demonise, shun and berate those who choose to do so?

Why is it ok for a grown man to urinate in public making an area that we all use unpleasant and unsanitary, rather than holding it and finding a toilet to use? Why is this accepted?

Apparently, a woman breastfeeding in public, feeding her baby in the park is seen as a distraction. It would seem that women are responsible for the thoughts and actions of others. Women are seen as no more than pretty, dainty things here for men’s pleasure, and it just baffles me.

The whole cover-up debate isn’t one that I subscribe to. I thoroughly believe it is up to the mother to make the decision to feed in a way that is comfortable for her and her child, and the opinion of strangers definitely shouldn’t be a factor in that decision. The next time you have a meal, whack a towel over your head for the duration and see how long you last. I can assure you, it is incredibly uncomfortable and hot. Some babies do not like being covered when feeding, and some, like my son, don’t like to keep still. He corkscrews while on the boob; dancing, clapping and everything in-between.

My experiences of breastfeeding in public have been mostly positive, I’ve only had a couple of occasions where points of disdain were made. A member of staff in a restaurant attempted to move me to a back room for ‘my own comfort’. I assertively explained that I was plenty comfortable and carried on eating my food while I nursed my son. I’ve also had the disapproving looks but those were easily dealt with by simply ignoring. To be fair, when I feed in public I tend not to look around or focus on others. My son and his needs come first, and if I spot someone being judgemental, it will affect me negatively thus having an impact on my son’s liquid meal. 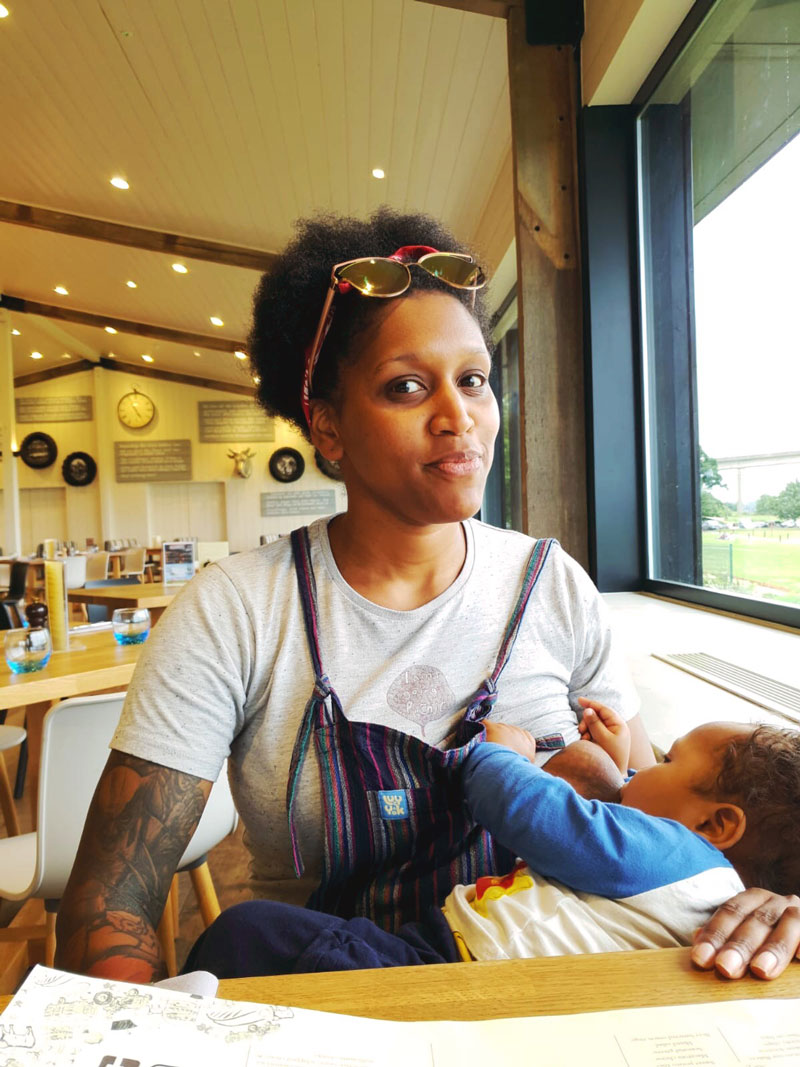 With my first child, I was unable to breastfeed. I was completely oblivious to the backlash that breastfeeding women received, although I did get a lot of ‘breast is best’ comments when I bottle fed her in public.

This breast is best mantra was fired at me from all sides; every health professional to strangers on the street had their views on how I should feed my baby. They were not shy at expressing it aggressively. Comments like this are unwelcome, unnecessary and extremely judgemental. Words can be so damaging! There are many reasons why parents do not breastfeed, and, to be frank, these reasons are none of your business. Being a parent is hard enough with unsolicited advice being thrown your way.

If there were one proven way to parent, then we would be given a parenting manual at the hospital, and a lot of the stress and decision making would be taken out of raising kids. Each pregnancy is different, subsequently so is each child but why do some people forget this when observing others parenting methods?

With my second child I was lucky enough to be able to breastfeed and a whole world I never even considered opened up. I wanted to make sure I was doing all that I could to provide my son and me with the best breastfeeding experience. I read books and articles, spoke to other nursing mothers, and I followed pro breastfeeding pages on social media.

It has been a tough journey, which we are both still on. In the beginning, my milk hadn’t come through, but the staff in the hospital were insistent that I should carry on trying to nurse. ‘Breast is best’, and my son will stimulate my milk supply. I did, however, take the decision to give him formula. He was howling at the top of his lungs, making sure that everyone not only on that ward but in the whole building could hear his cries! Giving him formula at that time was what he needed. I trusted my gut rather than the advice of the staff and my son was no longer making peoples ears bleed with his banshee-like tones!

My milk didn’t come through until four days later, so I am glad I trusted myself as it saddens me to think of my son not eating for nearly a week.

Those first few months of breastfeeding were the most emotional, painful and exhausting! Everybody talks about the benefits of it, but nobody warned me of the crippling pain that I would experience and how it feels like your baby is sucking shards of glass, nails and molten lava from your nipples.

The older my son gets, the more vocal people become of how I should stop feeding him. His age has been a topic of discussion, along with him being able to drink cow’s milk now (he’s allergic) or how it’s becoming a bit “bitty bitty” (a Little Britain reference). It’s even been claimed that nursing him now is only for my benefit rather than for him or I’m not producing enough milk for him because he wants to feed all the time. All of these are wrong!

First and foremost it is mine and my son’s decision as to how long our breastfeeding journey lasts, he has flourished so well with it, and it helps with so much more than nourishing him. It helps to soothe him when he is teething, it helps comfort him when he is scared, and it helps him to relax when he’s having a restless night. Breastfeeding also helps to speed up his healing process if he is ill.

I hear too often of mothers who regret not nursing for longer, I keep this in the back of my mind when I feed my son as I do not want to have any regrets when it comes to what I do to provide for him and promote his development.

I would like for more mothers to stand their ground and seek out the support they need if they are not getting it from those in their lives. The internet is a fantastic place for connecting with others who are like-minded and going through similar situations, you can literally find your squad online. Instagram has been a great source of inspiration, information and support for me being able to connect to breastfeeding practitioners at a touch of a button directly is just mind-blowing and can be a complete lifeline to some. It has given me the opportunity to be involved in breastfeeding campaigns and help to inspire others who wish to feel more comfortable feeding their way in public.

Check out Cleo’s Milk Lady Pin’s! Profits are currently donated to Mary’s Meals; a registered charity, which sets up school feeding programmes in some of the world’s poorest communities, where hunger and poverty prevent children from gaining an education.

Cleo is a mother of two with a love for doughnuts, travel and creating lasting memories with loved ones. She is currently raising money for charity with profits from the sale of her Milk Lady enamel pins that can be purchased via her Etsy store. You can find more of her creative words over on her blog mummaandthebears.com, and pretty pics over on Instagram. 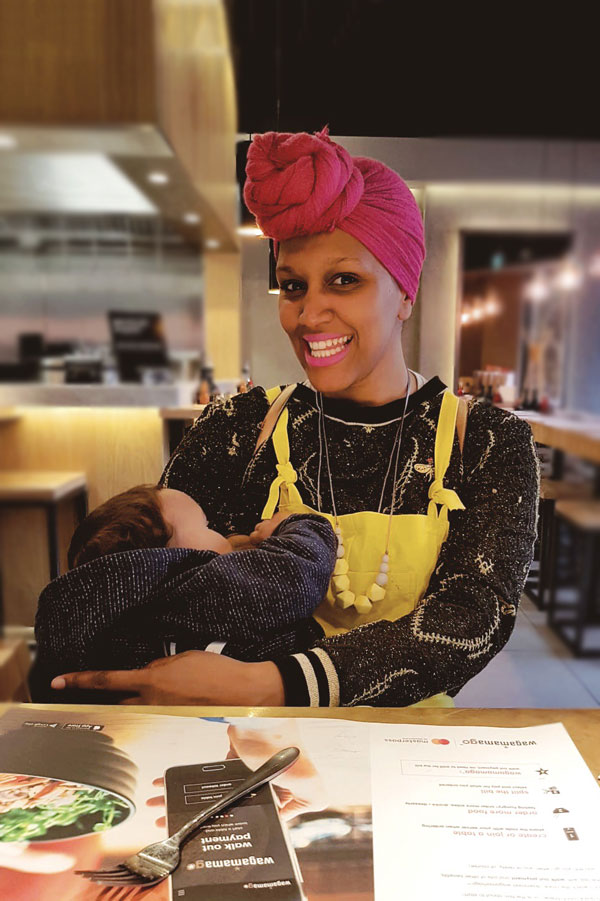