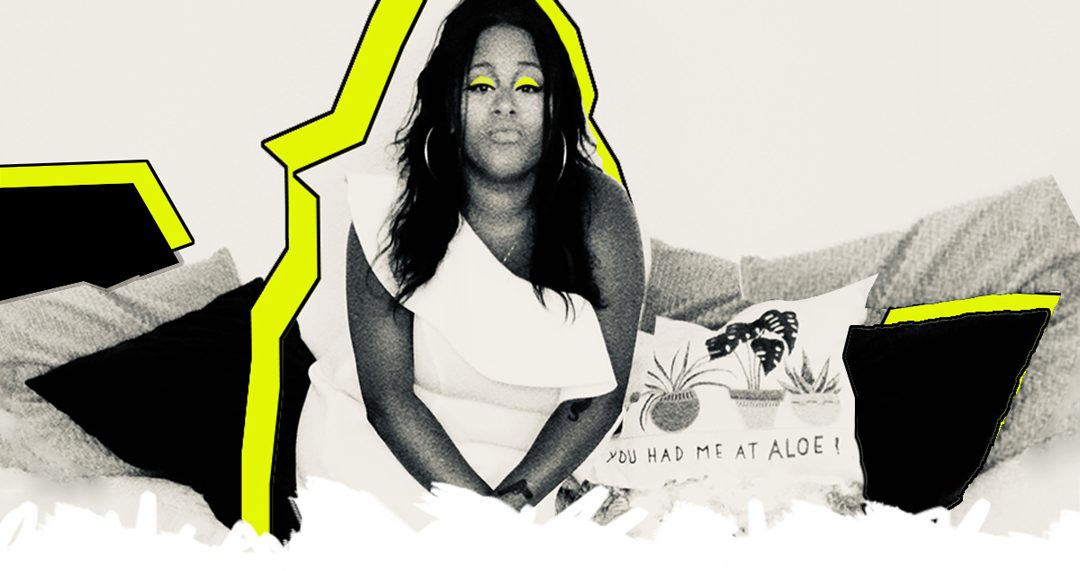 We existed as sprinkles of diversity when it suited them, and we supported their existence on the ‘Gram. So why is it only now that the non-BAME’s realise that Black (creative) lives matter?

For the last three weeks, there has been a strange shift of dynamics. I wanted to use the word ‘power’ instead of dynamics, but we’re not quite there yet. Black lives matter, and those who seemingly ignored us before are starting to take notice, whether that’s for show or authentically so.

“I don’t see colour”—a loaded phrase which doesn’t make sense. Seeing the differences between races is not a bad thing; it’s reality. Yes, we are all human, but culturally there are differences, and that is ok! It’s also ok to use the word ‘Black’. I am Black, Blackidy-Black with Black girl magic and Black girl features. I have experienced direct racism and systematic racism, along with having to shrink myself to avoid portraying a Black stereotype. I am able to use my husbands’ white privilege to be seen, heard and understood, therefore, I understand that I also benefit from his white privilege.

The blogging community had tiptoed around race issues long before I pledged my allegiance. Black bloggers within most niches are at the lower end of pay scales and audience size. Blogging communities and publications are whiter than white with a touch of ‘Bame’ and ‘Diversity’. Black creatives have had to work harder to get noticed, to stand out of the influencer crowd and be welcome in certain circles. We’ve been made to feel grateful for picking up crumbs in the form of lower pay and notoriety in comparison to our white counterparts.

I’ve been in this community for a few years, and I know how it works. Various bandwagons start trends, and to many, admitting that Black Lives Matter was one of them. Embarrassingly so, many bloggers, influencers, creatives and brands realised a little too late. While jumping at the chance to centre themselves in a historical stand for human rights, they didn’t realise that they were going to be expected to believe what they were sharing. Now you know me, I have a problem when it comes to ‘minding my own business’. If I see something nonsensical, I cannot keep quiet. I admit it’s possibly a character flaw, but it’s a character flaw that I’m not willing to correct. I have called out many, both privately and publicly; Facebook acquaintances, brands, blogging publications and those who I would consider influential.

The result? Well, the well-known blogging publication decided to create a list of Black bloggers and influencers. Was I impressed? Well, I mean, not really. I’d be more impressed if they made a conscious decision to have representation within their office, within their publication and their IG feed. Exactly how many Black creatives do they currently engage with or follow? Are they going to support Black culture, Black stories, Black people; Black lives?

As for the influencers, well, heck! Even though they had the time to post that black square and use the #AmplifyBlackVoices hashtag, my Black voice for one was ignored and not at all amplified as their cute hashtag may have led us to believe.

It’s evident to see that some have used this opportunity to look as if they care by posting a single black square with no context. I think it’s clear where I’ll spend my Black money and Black time.

This experience was the wake-up call that I needed. Why on earth do I follow any of these people? Advertisement after advertisement, meaningless photos, and soulless posts. I once followed the crowd; these people must be doing something right if so many people follow them, right? Not for me, it seems.

I’ve unfollowed people who I enjoyed engaging with but did nothing in return. The people I thought were massive in the game only turned out to disappoint. There was no community for them; it was all about appearances, which is a real shame because only now are they realising that us Black creatives and colleagues have something to say, and that their audiences realise this.

So, what now? Now I protect my energy, protect my people and continue to uplift and shine a light on those within my online community. Let’s not waste any more time on empty gestures and bandwagons.

My blog will now become a platform which I will use to introduce magnificent Black outliers whose voices deserve amplification. I will highlight and remind readers that Black people come in all different sizes and interests.