Nobody told me my baby would have this many problems 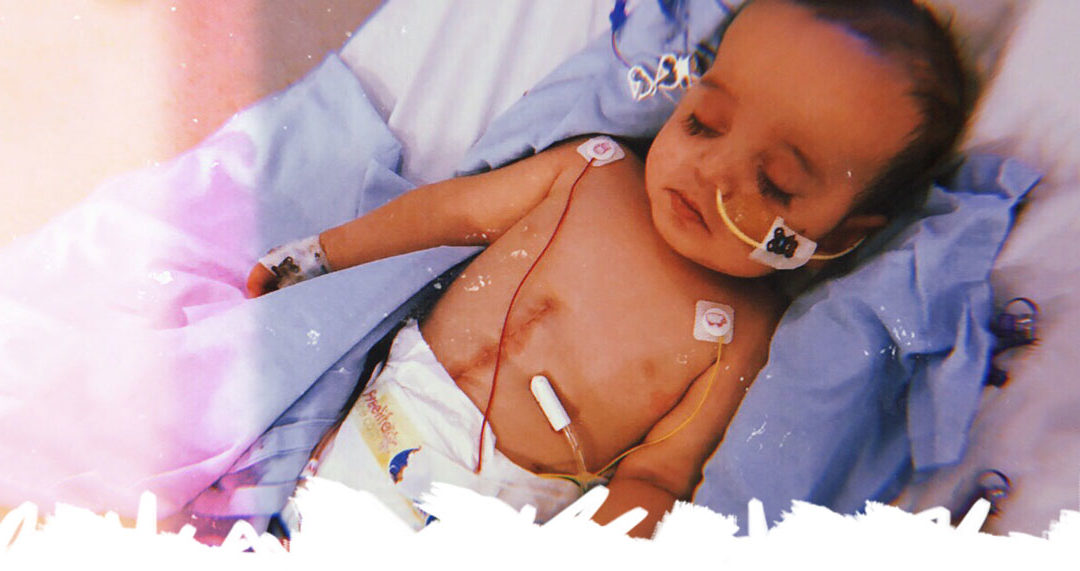 Like many mothers, I had a positive pregnancy test and smiled ear to ear. I was happy, excited, the whole shebang. I announced it to my (then) fiancé by taking him to the Ice Bar London on New Year’s Eve and presenting him with a box at midnight containing the test, a nappy, and a poem just for him. It was perfect.

Just days after finding out I slipped “for my baby to be healthy” on a note into the prayer box, on the 1st January 2018, at Hillsong in London. I didn’t care if my baby was a girl or a boy. I didn’t care about decorating the nursery. All I cared about was that they were healthy.

Truthfully, I never expected them not to be. I mean, who does? We all have it in the back of our mind, but we just appreciate the reassurance of the scans that “all looks well”. I guess we take good health for granted. Other than that, we’re just excited about the new happiness that will be changing life as we know it, and fearing labour. Right?

Well. 1 in 20 children in the UK have a disability. How many pupils are in your average school class? 30? That’s one in every single school class in the country. That’s more than I expected. We see the wheelchair spaces on the bus, in car parks, and the occasional disability chair being pushed, but never think it could happen to us. I sure didn’t think I’d be included in those stats.

‘Pregnancy was not a breeze’ is the title of one of my first blogs. In fact, it was bloody awful. But I thought it was just something I’d moan about in future, that pregnancy wasn’t for me. Prior to pregnancy, I was a pole dancing student nurse who considered myself semi-fit. I assumed I’d be like the women I followed on Instagram, posting myself 8 months’ pregnant carrying my weight up an 8 ft. pole with grace and ease. Or, one of those fit mums rocking the pregnancy body in shorts and a crop top with the perfect bump.

I did have the perfect bump, but way too early. I measured 40 weeks at 26 weeks. I had scans every 2 weeks/monthly and was in agony with Symphysis pubis dysfunction (SPD). I was on codeine, paracetamol, attending hydrotherapy classes (which did nothing except exercise the whale) and was eventually signed off my final nursing placement early, failing to fit my degree in as planned. Despite all this, no one told me there was anything wrong with my baby. There were concerns that I was so big due to having excessive amounts of amniotic fluid. But that was the only problem, the fluid, not my baby.

Some discussions were had about my baby possibly being born with some structural corrections needed. For example, if he was born without an anus or if his throat wasn’t connected to his stomach. But these were just guesses at what could be causing excessive fluid, all the standard (and extra) tests ran had come back fine. The scan looked fine. So, it was just preparing for what I thought back then was ‘the worst’. I thought he was fine. 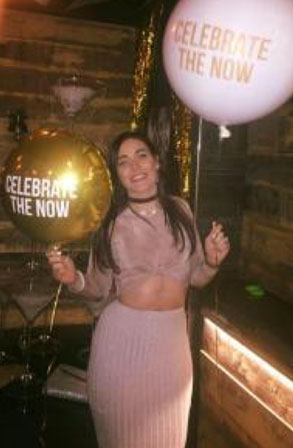 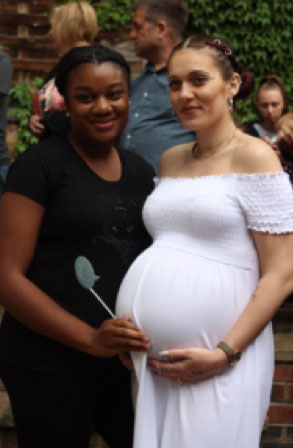 On the 19th August 2017 at 2.07am. My baby boy came out screaming, weeing, pooing and everything else that ticks all the ‘normal’ boxes. Until…

Day 1. Jaundice. Okay, not that big of a deal, right?
Day 4. a hernia which would need surgery within two weeks to correct.
Day 6. I rushed him into hospital floppy and unresponsive leading to a 6-week hospital stay made up of bloods tests, needles, scans, poor weight gain and feeding problems. During this stay, a urine sample diagnosed Jaxon with Cytomegalovirus (CMV) which was the cause of his severe liver dysfunction and the two cysts on his brain. He was struggling to feed and gain weight, had abnormal sodium and potassium levels in his blood, was sleepy and weak. His kidney scans also showed Grade 4 bilateral. Not a single test or investigation came back normal. Still, although the cysts on the brain threatening us with learning disabilities, I expected it all to correct itself. I was hopeful.

3 months in amidst another long hospital stay for bronchitis, a heart scan diagnosed Jaxon with his life-threatening hypertrophic cardiomyopathy (aka a BIG heart, 4 times its size but all muscle with minimum room inside for blood). At this point, I was told he could die any minute, but he might not and so we could go home because there was nothing anyone could do about it. Now the storm was a hurricane.

4 months into motherhood we were still in the hospital. His heart diagnosis led to genetic testing which diagnosed him with the rare chromosome disorder 1p36 deletion syndrome. This is a partial deletion of chromosome one and is linked to mobility and feeding issues as well as kidney and heart problems.

Now, 10-11 months since Jaxon was born, we’re still in the hospital. Various reasons, abnormal blood results, continued feeding problems, operations, infections. We’ve been in hospital 90% of his life. I couldn’t tell you how many blood tests he’s had but I know it’s 100’s plus four or five lumbar punctures. He’s been under anaesthetic 4 times for 3 operations and an MRI. He’s had every organ in his body scanned, some multiple times.

The healthy baby I expected does not exist. Instead, my baby has 2 lead consultants, 4 specialist consultants, 3 occupational therapists, 4 physiotherapists, an audiologist, an ophthalmologist and a geneticist. At home (which we never are) we have a health visitor like everyone else, and then we have a community nurse and a bereavement nurse too. And soon, carers.

I find it very hard to take myself serious putting my son under the ‘disabled’ umbrella because he’s just a baby. You don’t hear about babies being disabled do you? Like how the government won’t pay a mobility component in the disability allowance for a child under 3.

Because babies can’t do anything anyway, can they? But then you look at that list of healthcare professionals in the paragraph above and his adapted pushchair, you know he’s not ‘able’ to do a lot. When within a year, you’ve had as many diagnoses as we have, terms like ‘special needs’ and ‘disabled’ make life a lot easier. For one, answering ‘aw what’s wrong with him?’ is easier. Two, when it comes to meeting other mums you must look in the special needs community for mothers of disabled children because if like me, you have a child with multiple rare conditions, you’ll need to expand your horizons to find friends.

Kaytee is a 27-year-old final year student adult nurse. Kaytee blogs about her new life as a first-time mum single-parenting a baby with multiple rare conditions and a life-threatening heart diagnosis. Kaytee aims to educate, raise awareness and bring about a positive image to parenting a sick baby or child. Follow their story on Katee’s blog and on Instagram.