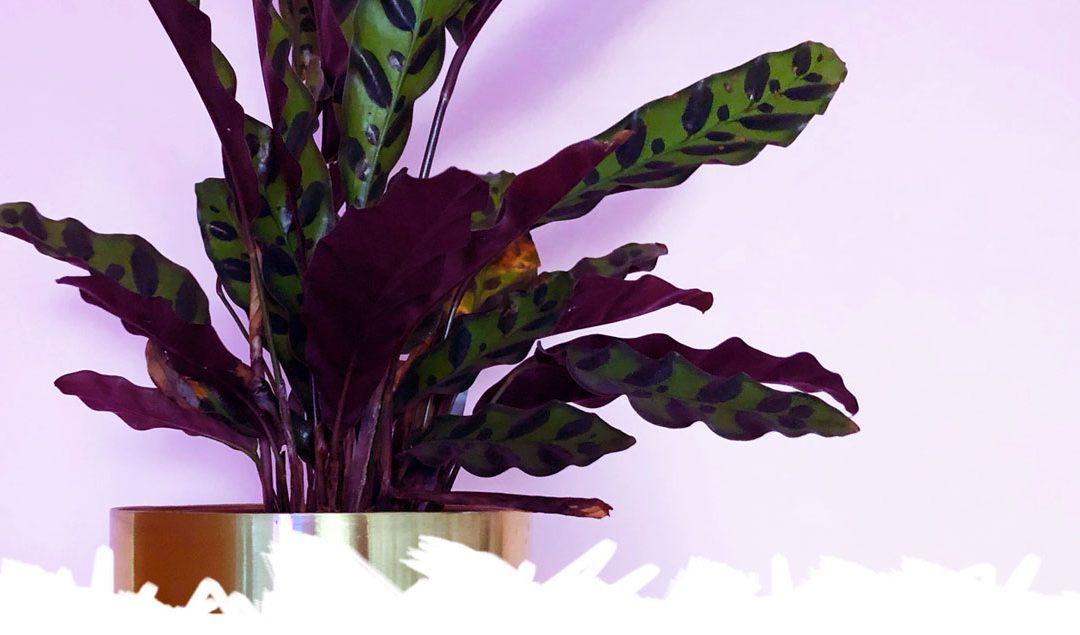 You can’t see Autism, and you certainly can’t see pathological demand avoidance (PDA). But I’m starting to think that I can…maybe.

As I reach the final day of parenting alone during my husbands’ work trip to NYC, I’m feeling somewhat defeated.

It’s been a relatively short time mind you, only a week. My house is extremely tidy, and I even managed to do those minor DIY tasks the other half has been putting off. He’ll return to an immaculate home, but an emotionally drained wife. I feel like I’ve been in the ring with Tyson Fury himself. However, these punches haven’t come from physical altercations. These blows have occurred in the form of countless paranoia led accusations, bluntness, dirty looks and forgetfulness. You see, I have a child who has autistic traits. He’s quite possibly on the ASD spectrum, and we are going through the diagnosis process.

“He doesn’t look autistic”, “but he made eye contact” and “he has friends, so he can’t have social issues”. These are sentences that I frequently hear, along with “he’s a lovely boy”. Words that contradict well known autistic traits and fuel the notion that I’m to blame for any emotional problems. Something must be wrong if he only exhibits negative behaviour at home, or in front of certain family members.

Because of that, it’s been quite challenging to get him support. It’s been difficult to explain the goings on when my child acts super polite in front of the right people.

Have you ever seen that film, We Need To Talk About Kevin? It’s about a boy that seems to dislike his mother. He gives her dirty looks, and he excludes her from family games. He’s rude and seems to target his Mother in secret. If the relationship were different, if the son were her partner, we’d see a story of domestic emotional abuse. That film pretty much sums up our situation, without the psychopathic behaviour.

My son is a lovely bright and wonderful child. On good days, he’s caring, sweet-natured and happy. Catch him on a bad day, and a small thing will last weeks at a time. Not many people know; I assume, because of my sons’ processing issues, that he doesn’t know or understand the impact of his behaviour either.

In his mind, thoughts about his home life and myself seemed to be skewed. He gets information and memories so confused that he gets to the point where he makes things up; words that he thinks people want to hear are blurted out. After years of research and sessions with professionals, his step-father and I think we’ve figured it out. He has problems with recounting situations, and he has issues with authoritative figures. He doesn’t quite understand the concept of consequences, unlike neurotypical thinkers.

If someone does something that he doesn’t like, or if a person is in the way of something that he wants, he’ll punish or exclude them. It doesn’t matter if he has to twist the truth, because, in his mind, that person deserves it. I have to add that this is our personal opinion.

This side of his behaviour hasn’t been diagnosed, but we have had years of examples of vindictive behaviour that points to something that doesn’t quite add up.

When I was younger, a smack or being sent to your room was the norm. You’d grow up, look at your past mistakes and realise that to avoid punishments you’d behave. I’m not advocating corporal punishment, but in some homes, children are beaten for misbehaving, however, not in mine.

Abused children don’t often share their abuse so freely; most are worried about their abusers finding out. However, my child will happily speak to any adult willing to listen. The first time he did this he was about 8. He told teachers at school, and I was called in. I sat there listening to the accusations in front of his head, form tutor and a social worker. He was smiling, looked quite smug and handed me his bag when I agreed that he could go with the social worker to speak some more. In total disbelief that any of these people took him seriously, I said “have fun” as he held her hand. He replied, “Thank you, I will!” As he skipped off to tell her more tales.

Some might say that children would grow out of that sort of attention-seeking behaviour, but he’s no longer the cute curly haired 8-year-old.

We found a written plan when he was 11 to get a child expelled because he was jealous of her friendship with another student. A student that he wanted all to himself. “I NEED revenge something that’s false…Trick them into something…hide their packed lunch…Report ‘XYZ’ for being racist…delete their Scratch account“. His teacher shrugged it off as normal kiddie behaviour. He hadn’t done anything in school before, and he didn’t have a chance to act out his plan. So don’t worry about it!

As the years went on, he would continue these vengeful stories. Physical abuse that never happened seemed to be the one thing that got him attention that he craved. He’d share his worries about his siblings being smacked repeatedly and going home in fear of being abused. Obviously these things needed to be checked, but my other children and their teachers rubbished any wrongdoing.

When do these accusations start? Usually after consequences of rudeness, misbehaviour or questionable attitude. These things would result in an X-Box ban or having apps restricted on his iPhone. Who was I to implement punishments? Of course, I deserve to get everything thrown at me. Adults need to tell me off, apparently.

I learnt that he told his teacher that he was locked in his room for days, alone, and with no contact. Quite similar to how Harry Potter was treated by his aunt and uncle while being forced to sleep in the cupboard underneath the stairs. In reality, he was sent to his room, which was a consequence of being disrespectful. He blurted out quite shocking things. Things I would never have in my lifetime said to my parents or any adult. He doesn’t have a lock on his door, and because of past behaviour, his door remains open. Unless, of course, he requires privacy while getting changed. I’ll add that my workspace is directly opposite his room. That space has a door which is roughly a metre away and is divided by a small side table and a stylishly placed houseplant. So, no, he wasn’t locked in his bedroom for days, he was sent to his room as a consequence of his behaviour and attitude. For two evenings after school, he could entertain himself in his room without the privileges of electronic devices. He was grounded like any other 12-year-old who would have the audacity to be rude to their parents.

His distortion of events can be quite dangerous; however, I seem to be the only one taking it seriously. His GP sent us on our way after telling us that “all kids lie”, directly in front of my son. Which didn’t help obviously. If he knows he’s lying, an adult just confirmed that it’s acceptable because ‘all kids lie’. Yes, I understand that children stretch the truth now and again, but certain lies or exaggerations can be harmful, especially when it’s about an adult.

Unfortunately for me, I’m in a position where my ex-husband still harbours some ill feeling towards me. Quite possibly because I’ve never bowed down to past demands or put up with any shit; I left, moved on and was fine. Co-parenting with someone who can’t put personal differences aside is challenging to say the least. Dealing with someone who entertains the notion that I am a malicious person doesn’t help with the emotional traits that our son has. Something as simple as “your mum said you can’t come over that extra day” or allowing our son to overhear a snide derogatory remark about myself- team that with processing issues and resentful behaviour. It results in pretty destructive and explosive outcomes. Possibly, yet more accusations of abuse.

The final straw came when I found out that my ex husband had called school and social care to tell them that my son and I had “always had a difficult relationship”. Stories of abuse had “concerned him” (yet he did nothing other than this), however, he did’t want to officially or formally make a statement. Just stir the pot without adding the vital ingredient- the facts. (That GDPR thing came in handy after all. it’s amazing what information authorities have to give you if you ask.) Back in 2014 a therapist informed him and I that our son may be on the ASD spectrum, have a defiance disorder and has a tendency to embellish stories. But I guess that information wasn’t that important when you have an opportunity to cause trouble.

Children on the spectrum, or who have traits of being so, often hide certain behaviours. They’re like chameleons, adapting and changing to fit into certain situations. If you don’t know or accept that, then understanding their nature is going to be impossible. You may only see the person they are pretending to be.

Dealing with all of this can be soul destroying, and frankly, it has been. The constant battles inside and outside of your home can be exhausting. Mentally preparing yourself for war every day can offset anxiety or a depressive state, it does for me anyway. Constantly having to prove that you’re not a child abuser is tiring; I’ve repeated information numerous times and backed up everything with proof. Friends haven’t understood why I haven’t had time for them recently, and work has had to take a back seat. I simply haven’t had the time, nor energy.

I’ve met so many parents who are in the same situation and many who don’t have support, it’s sad. Hopefully, as time goes on and more people are willing to share their experiences without feeling like it’s their fault, things will change. But until then, all I can say is, ‘just keep swimming’, (I should get that tattooed!). After all, you know you’re doing the absolute best for your child; simply giving up isn’t an option.

If you suspect your child has processing issues or maybe on the ASD spectrum, speak to your GP or child’s teacher. For more information about Autism, or Pathological Demand Avoidance visit the National Autistic Society and the PDA Society.

If you’d like to speak to someone about spousal emotional abuse, (irrespective of being together or separated), do not hesitate to contact Women’s Aid. 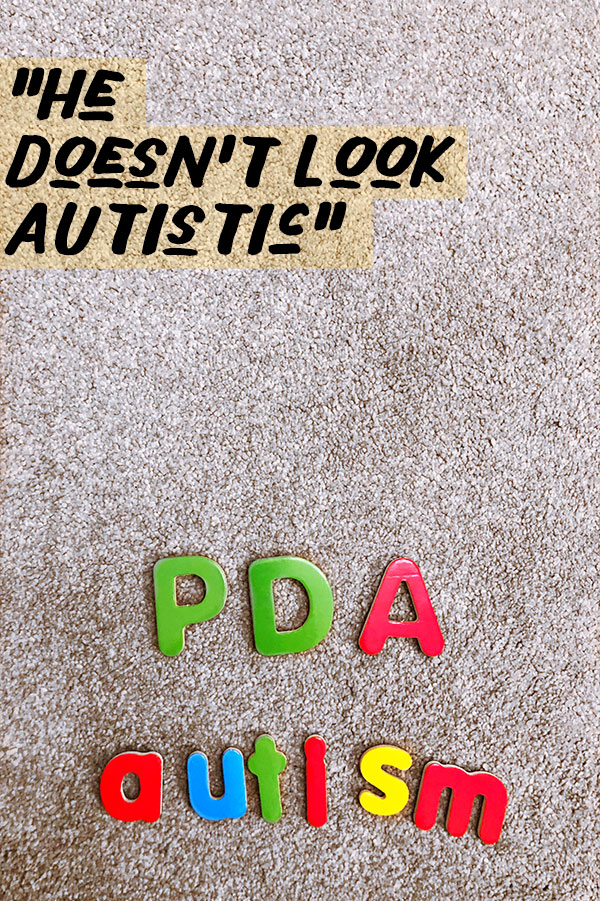