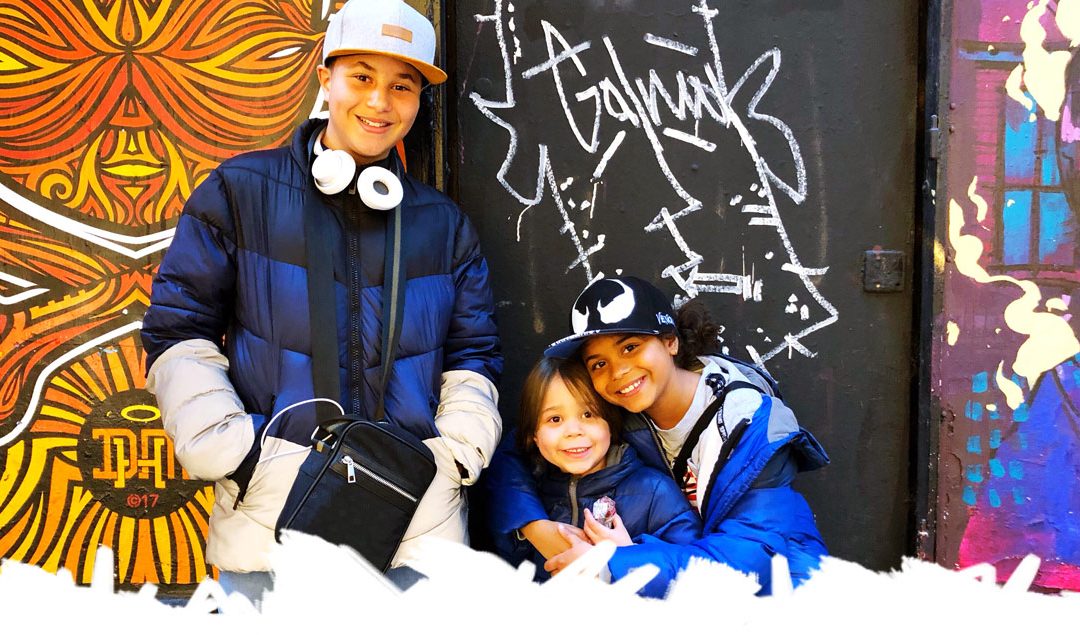 Amsterdam, again?! I hear you cry. Well yes, what better place to take the kids away on my own for the first time ever!

I love the Netherlands. The people are so super friendly, and places like Amsterdam have public transport systems that are relatively easy to figure out.

I’ve always wanted to take the boys away on my own; I thought Amsterdam would be an excellent place to start. I’d been there a few times with friends, and I’ve even travelled there solo for the day. It was about time that I saw more of Amsterdam from a different perspective. This was going to be a kid-friendly, no coffee shops, no Red Light District kind of trip. There was an entire side to Amsterdam that I hadn’t seen before.

Since this was the first time that I’d be taking the kids abroad without the other half, I decided to plan out the days and set a budget for the entire trip. I asked the kids to look up ‘things to do in Amsterdam’, and I was pretty impressed with their results. Zigs wanted to go to the Zoo, Zach wanted to go to The Van Gogh museum, and Dylan was happy to ride a double-decker train. Three full days away during half term was more than enough time to explore these places. 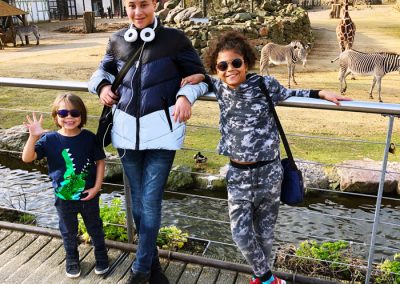 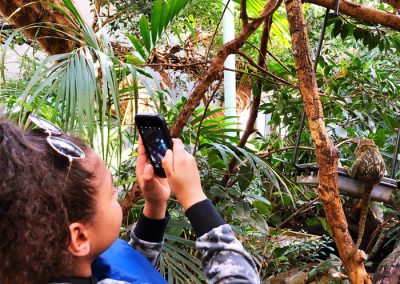 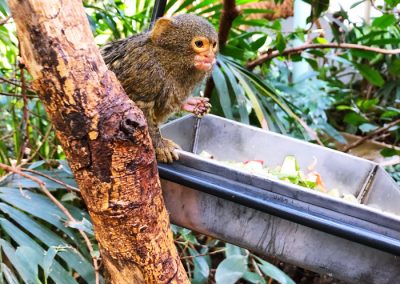 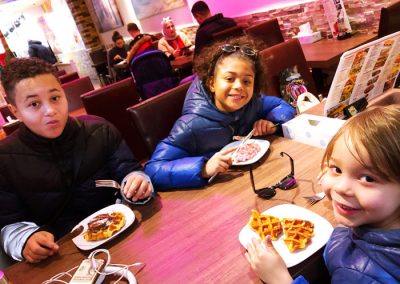 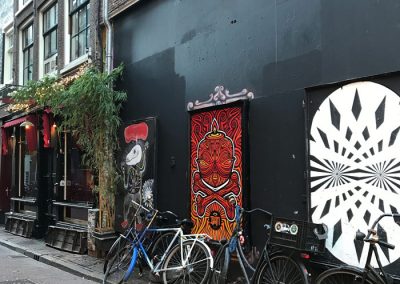 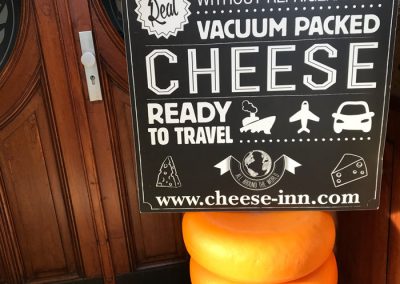 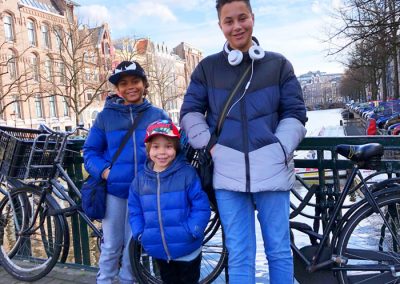 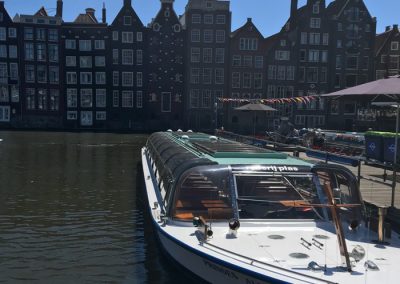 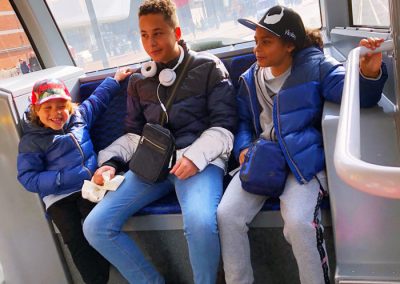 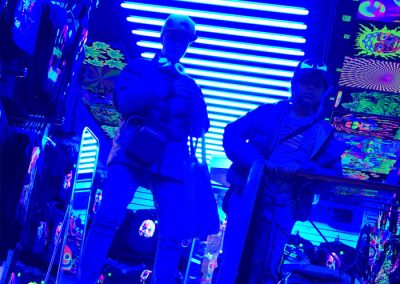 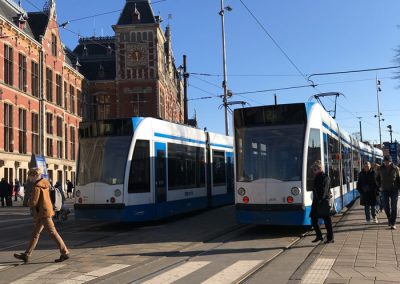 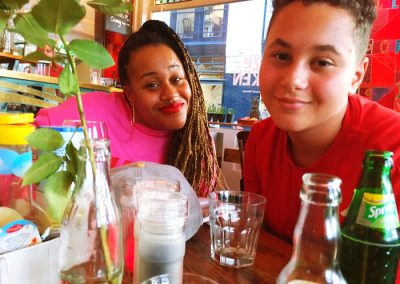 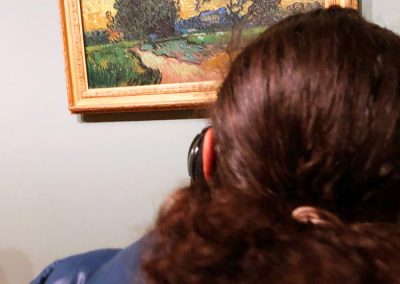 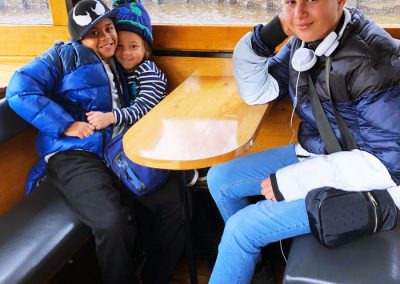 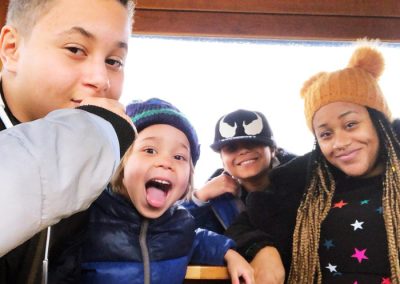 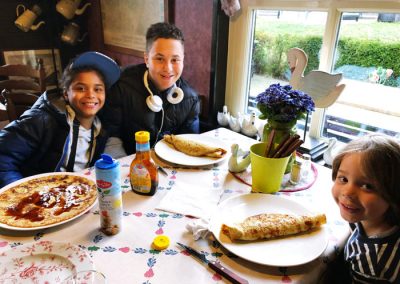 A great place for kids of all ages. We purchased tickets beforehand, so, to the delight of my excited kids, waiting times were cut in half! From cheeky monkeys who would run around alongside you to beautiful Panthers, Artis Zoo has it all. Maps are available, and therefore, attractions are easy to find. There are lots of places to eat and a huge playground for kids to let loose and go wild. Artis Zoo has an aquarium exhibiting natural inhabitants of Amsterdams Canals and exotic fish that would amaze any kid who has a Finding Nemo obsession.

Located within Artis Zoo is the ; it has specific show times, so make sure you plan ahead. Since this is in the Netherlands, the show was in Dutch, which, stupidly, we didn’t think about until we settled down into our seats. Thank god boys and I saw the funny side. We were relatively exhausted from walking around all day so, a lie down in a Planetarium was pretty relaxing. Even though the language barrier made it difficult for us to understand, we enjoyed the show. Lucky the universe is so frickin’ beautiful!

A surprisingly mature choice for a 9-year-old, but who am I to complain?! Opened by Van Gogh’s nephew and boasting four floors of the artists work, this museum is incredible. You can take a look around with an audio guide who explains (not just in Dutch) every piece of art and the story behind Van Gogh himself. There is an activity book specifically designed for kids. However, it was a bit too advanced for 5-year-old Zigs and too young for a mature 9-year-old Zach. Either way, we all had a great time and learnt so much. Beware, there lots of walking around involved, and the museum was very busy.

Located roughly 73 miles outside of Amsterdam, I thought that this would be an excellent opportunity to travel on a double-decker train and visit a town that has been on my travel bucket list for years. Giethoorn is a beautiful village with canals instead of roads, quite like Venice without the noise! As expected, the weather wasn’t amazing during February half term; therefore we did a lot of ducking and diving to avoid the rain. We found a quaint pancake house called Pannenkoekenhuis De Babbelaarthat which, unsurprisingly, served a vast amount of different pancakes. The decor was traditional, and it felt as though we had stepped into a real dutch treasure. The kids had fun touring the village by boat, simultaneously learning about the fascinating origins of this beautiful place. Travelling with kids to a quiet romantic town was purely done to tick off a personal goal; I got to visit and plan my return! In the summer, Giethoorn hosts a popular Jazz festival on the lake; I will be back. Though, perhaps minus three, and plus one.

Tickets for Anne Frank House can be purchased in advance, and 20% of those tickets are available on the day. Not only did I try to buy tickets way in advance, but I was in a virtual queue system behind 10’000 people on the day. We never managed to get tickets. I’d been before; however, as Dylan and Zach wanted to go, we now have unfinished business in Amsterdam.

The kids had a blast eating their way through waffles and pancakes, and learnt so much during this visit. Nothing compares to showing children different cultures in real time. Amsterdam was a fantastic city to explore, and it was a great start to travelling with the kids on my own. A family of four, in terms of accommodation, seems to be easier to find than our usual five-person occupancy. Obviously, because of this, the overall cost was cheaper too.

Instead of feeling the guilt of going away without the hubby, I’m going to plan more half term trips. Now that I have the confidence and experience; we’re ready to do it all again. Travelling in half term is a goal that both myself and the boys have set. We can’t wait for our next adventure.

5 Things To Do During February Half Term