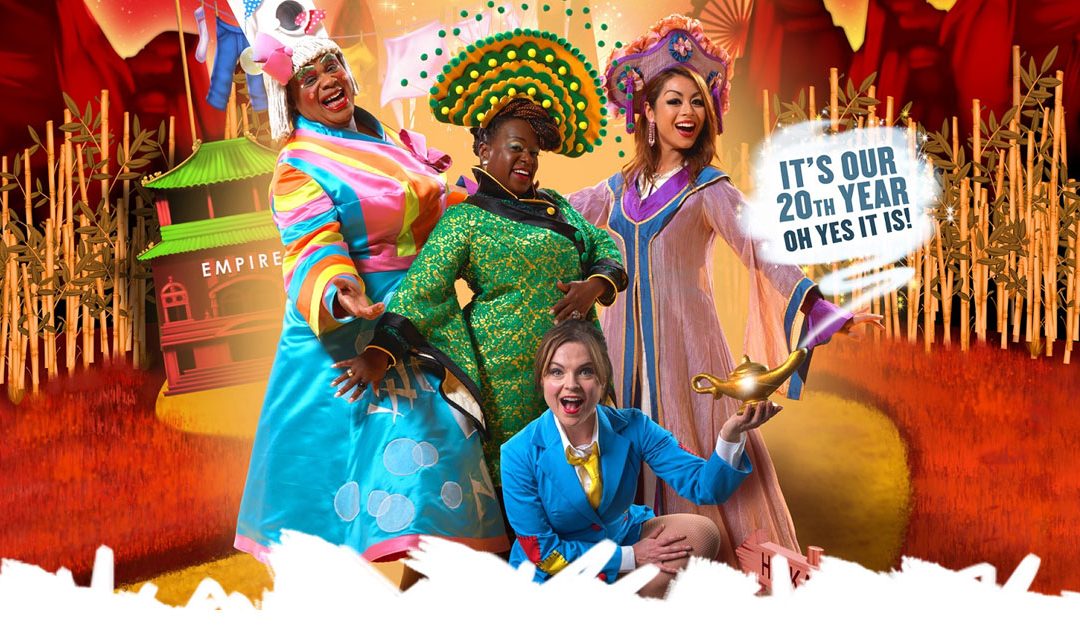 Hackney Empire is celebrating its 20th Panto anniversary with a fab production team. This year, the story of Aladdin had us booing, hissing and laughing at an amazing cast.

All the way in Ha-Ka-Ney, young Aladdin dreams of finding love and making his fortune. When he discovers an enchanted lamp and meets a mysterious genie, it looks like all his wishes are about to come true. With the help of tap-dancing pandas and his larger-than-life mum, can he win the hand of his Princess? Or will an evil magician, some madcapped policemen, and a very large pile of laundry stand in his way?

We’ve got a cast of stars straight from the West End, including a much anticipated return of Tameka Empson and Olivier Award-winner Clive Rowe as the Dame; the biggest, best song and dance numbers and plenty of chances to boo and cheer in this perfect Christmas family treat. – Hackney Empire

You may remember that we attended last years production, and being our first ever Panto we weren’t quite sure what to say when the crowd got involved. This time, however, we got stuck right in.

As it was a school night, I wasn’t quite sure how Ziggy would hold up. He’s 4 and is usually in bed at this time, so I was worried that he’d be too tired and grumpy and not enjoy the show. Boy, did he prove me wrong! He was up dancing, clapping, shouting out “He’s behind you!” with the rest of us. He had such a wonderful time. 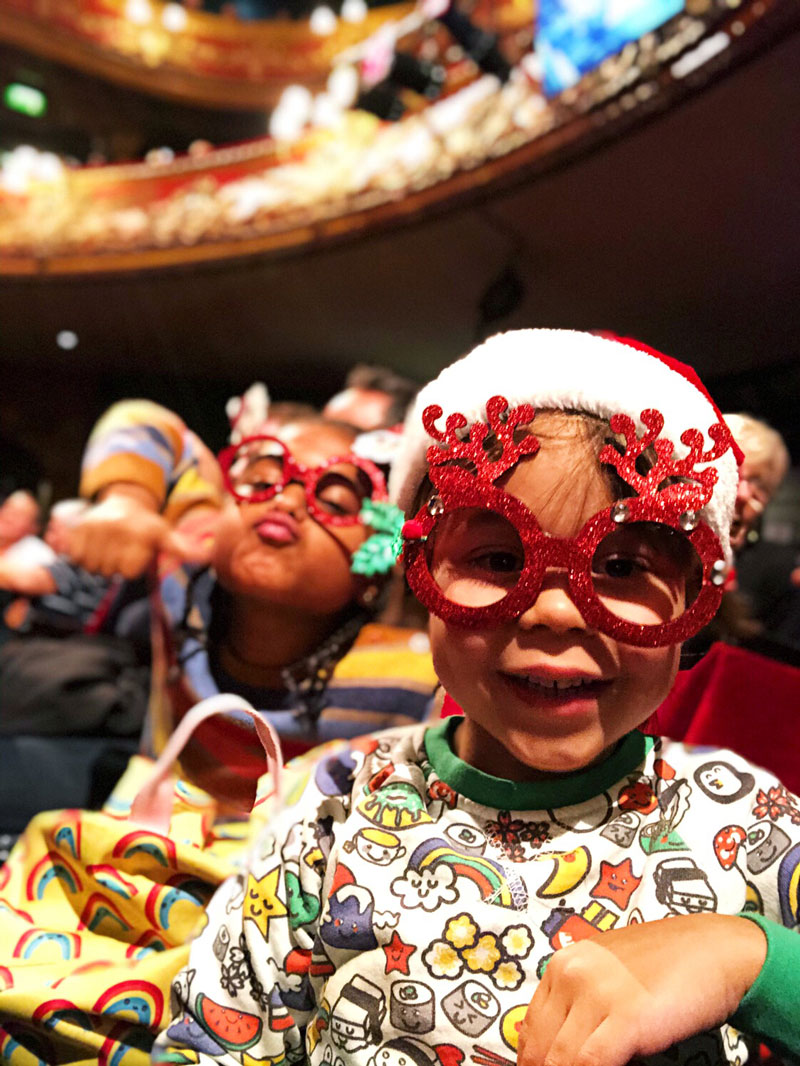 Not overloaded with sexual innuendoes that would make any parent or teen squirm in their seat, Aladdin was good clean fun. Clive Rowe who plays Window Twanky made sure of that! Ms Twanky’s launderette set the scene for some hysterical moments.

Zach & Ziggy were slightly confused that a female actress played Aladdin, and they were swiftly reminded that anything could happen. Why not? We can be who we want to be, and if in this story of Aladdin the writer wished to have a female lead, so be it! It’s a Christmas Panto and rules are meant to be broken and poked fun of thereafter.

As previous Hackney Empire Panto years have shown us, we saw a plethora of beautiful costumes, creative scenes and hilarious scripts. Do we recommend this? YES! Yes, yes, yes, with sparkily bells on. The kids had a blast and I think we may have secured a Christmas tradition.

Panto every year? I hope so, it was a great family outing which left Ziggy mind-blown. Yes, grown-ups get to dress up and play for work! And if that’s what you want to do, then go for it! Did it get top marks from the other two? Well sure, both Zach and Dylan were laughing with the rest of us, after all, the show was truly entertaining. Tameka Empson’s big personality shone through her character, which made the show even more enjoyable to watch. 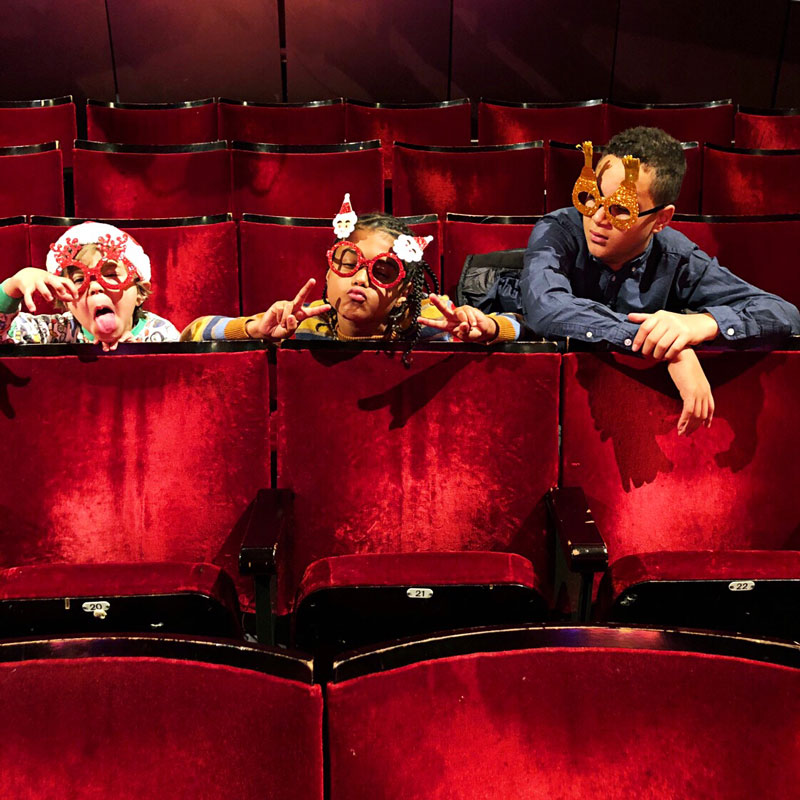 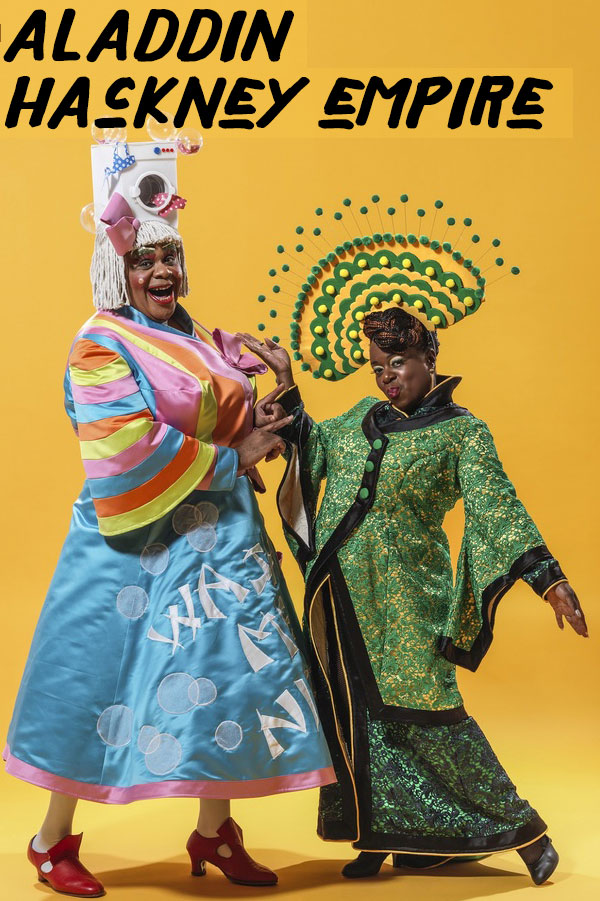